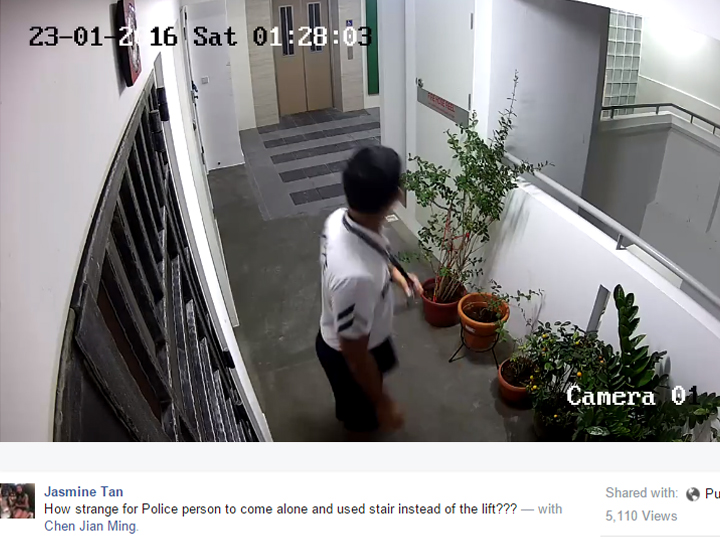 This policeman was diligently going around evacuating residents in Punggol after a bomb – a relic from World War II – was found at a nearby construction site.

However when he came to this Fernvale unit, the couple living there refused to open the door despite him identifying himself.

And instead of clarifying with the police whether or not this was a real cop and not some scammer, the know-it-all couple decided that posting pictures of the policeman on Facebook with snide remarks was the best way to warn people about this “mata cheat. 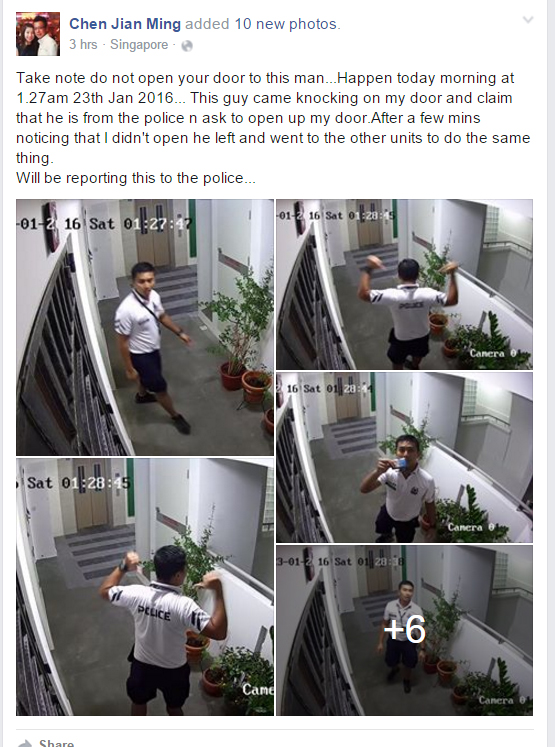 From the screengrabs of the CCTV installed outside the couple’s home, you can see that the policeman is frantically trying to identify himself.

It was already past 1 in the morning, and he had taken the stairs to make sure that every unit of residents was evacuated.

Even after the couple was proven wrong – that the cop and the incident were real – they still insisted that their judgment was spot on.

In the event of a real emergency, perhaps the cops should save the trouble and just send out a Facebook message?

Or is this a sign that people would rather die in a bomb blast than trust the police?