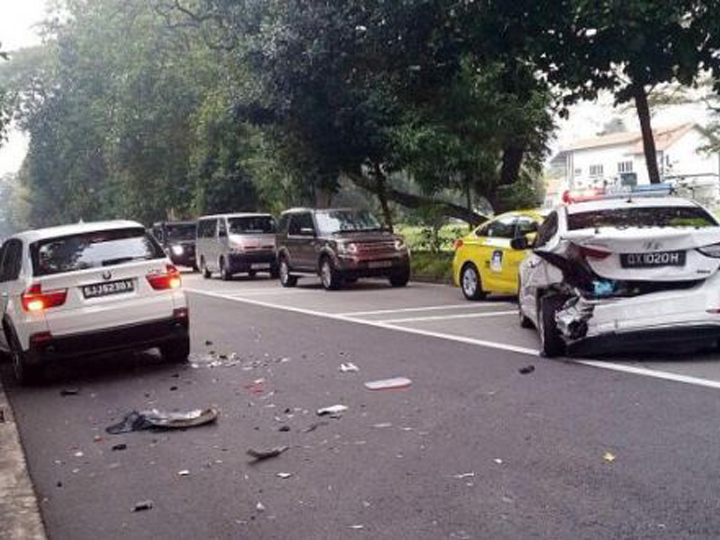 What’s worse than getting into a head-on collision with another car?

Getting into a head-on collision with a mata chia lah!

That’s what happened to a poor ComfortDelgro taxi uncle yesterday.

But heng ah, it wasn’t his taiji.

A BMW X5 had banged the police car in the rear (Ed’s note: yes this sounds quite wrong but I’ll let it pass) and in turn, the police car surged forward and smashed into the taxi which was coming from the opposite direction.

The BMW X5 driver, a lady in her 30s with 2 children in tow, couldn’t brake in time and her car hit the police car, which had stopped for oncoming traffic so it could make a right turn.

Fortunately, no one was hurt in the accident.