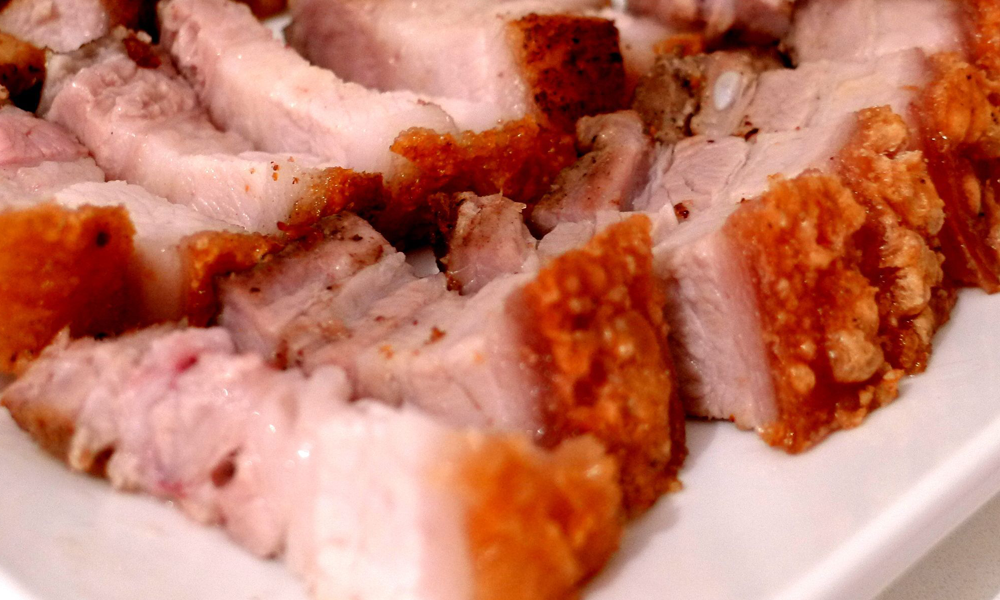 Okay, we are also quite stunned lah that pork fat is THIS nutritional, but we’re going to take the BBC’s word for it.

In a study published by BBC Future, scientists ranked the ingredients that provide “the best balance for your daily nutritional requirement”.

According to the BBC, “Scientists studied more than 1,000 foods, assigning each a nutritional score. The higher the score, the more likely each food would meet, but not exceed your daily nutritional needs, when eaten in combination with others.”

Apparently, it’s because pork fat is abundant in oleic acid, Vitamin B and Omega-3, and comprises 60 percent of healthy monounsaturated fat.

Consumption of such fat (in moderation) is supposed to be good for the heart, skin and arteries.

Of course, eating too much will result in obesity and diseases related to that condition.

And, the most nutritional food, according to scientists – almonds.

We’re going to leave you with the top 20 list, and you can check out the full list of 100 most nutritional foods here.

72kcal, $3.18, per 100g
Closely related to Atlantic cod. Its livers are a significant source of fish oil rich in fatty acids and vitamin D.
NUTRITIONAL SCORE: 64

31kcal, $0.12, per 100g
Rich in vitamins. Its wild cabbage ancestor was a seaside plant of European or Mediterranean origin.
NUTRITIONAL SCORE: 65

27kcal, $0.51, per 100g
Known as spring onions. High in copper, phosphorous and magnesium. One of the richest sources of vitamin K.
NUTRITIONAL SCORE: 65

92kcal, $3.67, per 100g
Also called walleye pollock, the species Gadus chalcogrammus is usually caught in the Bering Sea and Gulf of Alaska. A low fat content of less than 1%.
NUTRITIONAL SCORE: 65

88kcal, $3.67, per 100g
A fast freshwater predatory fish. Nutritious but pregnant women must avoid, due to mercury contamination.
NUTRITIONAL SCORE: 65

53kcal, $0.29, per 100g
An oblate orange citrus fruit. High in sugar and the carotenoid cryptoxanthin, a precursor to vitamin A.
NUTRITIONAL SCORE: 67

11kcal, $3.47, per 100g
Unique among vegetables, it grows in flowing water as a wild plant. Traditionally eaten to treat mineral deficiency.
NUTRITIONAL SCORE: 68

319kcal, $6.10, per 100g
Celery that is dried and flaked to use as a condiment. An important source of vitamins, minerals and amino acids.
NUTRITIONAL SCORE: 68

292kcal, $12.46, per 100g
Parsley that is dried and ground to use as a spice. High in boron, fluoride and calcium for healthy bones and teeth.
NUTRITIONAL SCORE: 69

100kcal, $3.75, per 100g
A family of mainly marine fish, with red snapper the best known. Nutritious but can carry dangerous toxins.
NUTRITIONAL SCORE: 69

632kcal, $0.95, per 100g
A good source of B vitamins and minerals. Pork fat is more unsaturated and healthier than lamb or beef fat.
NUTRITIONAL SCORE: 73

19kcal, $0.29, per 100g
A very rare dietary source of betalains, phytochemicals thought to have antioxidant and other health properties.
NUTRITIONAL SCORE: 78

559kcal, $1.60, per 100g
Including the seeds of other squashes. One of the richest plant-based sources of iron and manganese.
NUTRITIONAL SCORE: 84

70kcal, $1.15, per 100g
Sole and flounder species. Generally free from mercury and a good source of the essential nutrient vitamin B1.
NUTRITIONAL SCORE: 88