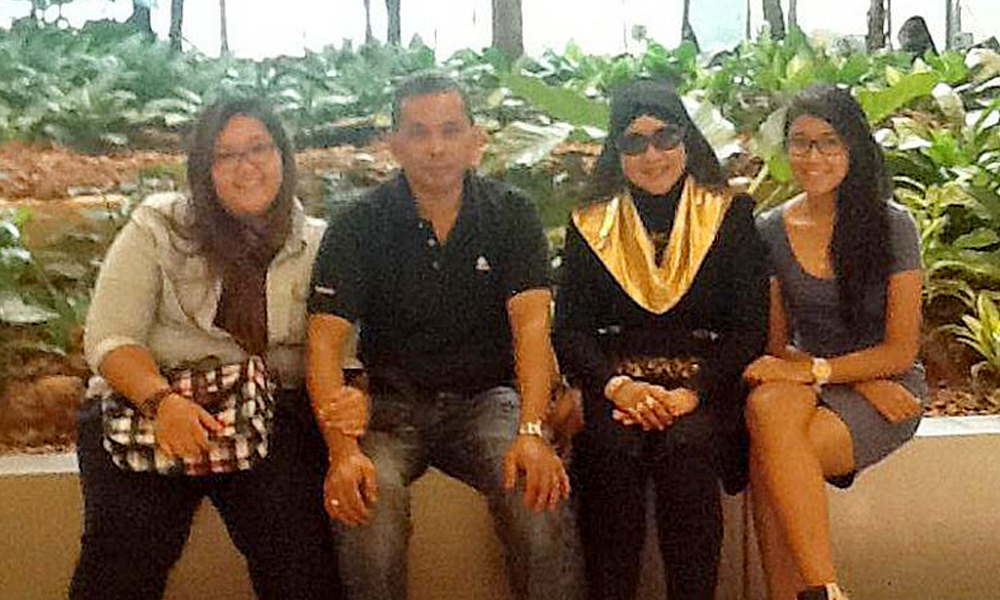 Singaporeans Rosli Samad and his wife Maimunah Sapari were all set to be grandparents this month.

Unfortunately, the tragic accident yesterday during their vacation to Malaysia cut their lives short.

Rosli and Maimunah, both in their 50s, were in a white Honda Stream with their 2 daughters, 18-year-old Dayana Sarah Rosli and 21-year-old Nor Amalina Rosli when the car was crushed by a lorry.

The incident took place at the Lukut-Sepang traffic junction near the popular beach town of Port Dickson at about 2.30pm.

The fire department took 2 hours to extricate them from the wreckage.

The 3 women were killed on the spot, while Rosli died on the way to hospital. 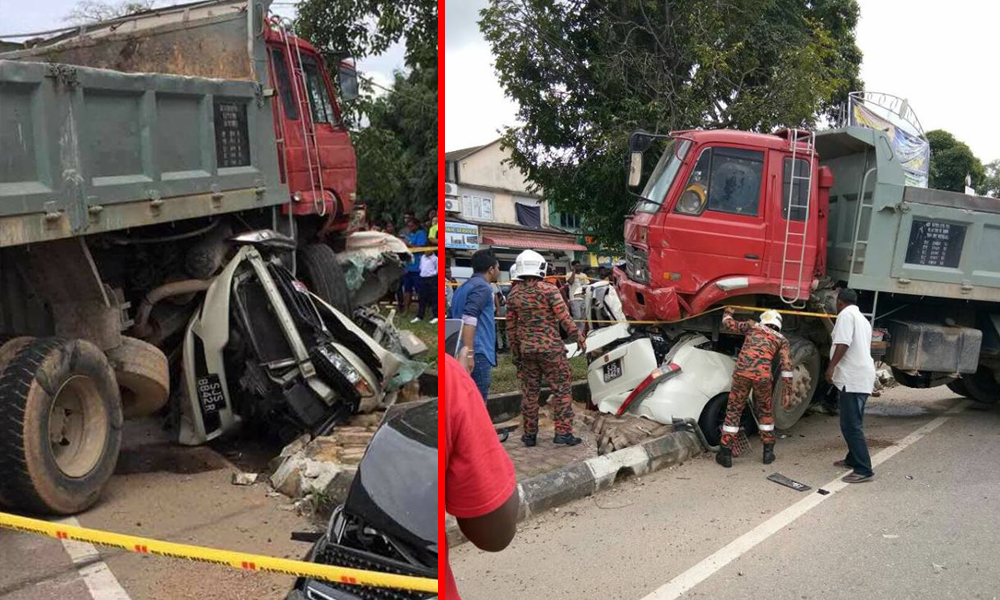 A relative of Rosli revealed that it was a yearly affair for the family of 6 – including Rosli’s2 sons – to go on a vacation together.

But this year, Rosli’s sons could not join make it for the trip – one because he was working, and the other because he was preparing for his wife to give birth to what would be Rosli’s first grandchild.

Police preliminary investigations state that the lorry driver had lost control of his vehicle and and hit a motorcycle, before veering across the traffic junction and hitting the Honda Stream and a Mercedes.

Besides the family, another 5 Malaysians were injured in the accident.

The 54-year-old lorry driver has since turned himself in and is assisting with investigations.