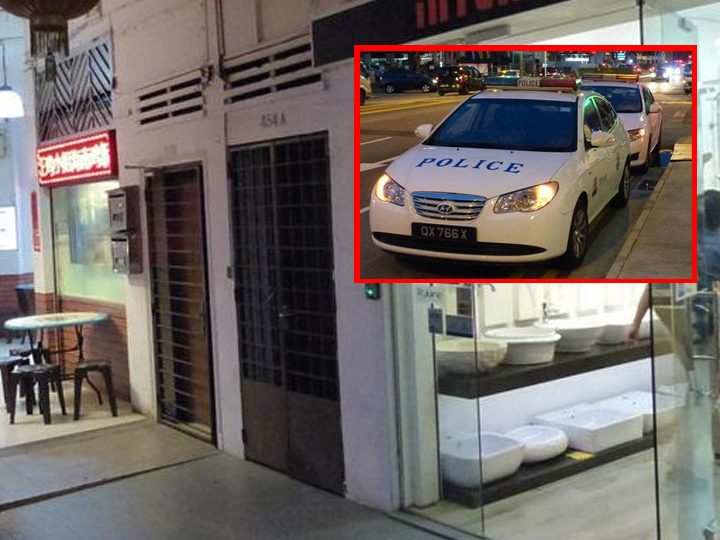 “Your singing is horrible.”

That Simon Cowell-esque criticism led to a squabble on Saturday (28 May) evening that saw 6 policemen rushing down to prevent a possible bloodbath.

At about 5pm, some residents at MacPherson noticed that police cars and an ambulance had rushed to a row of shophouses in the area.

The more kaypoh ones went to find out what was going on, and discovered that there was a dispute going on between tenants who lived on the second floor of one of the shophouse units.

A shopowner in the vicinity said that the place was used as a dormitory, and that most of the workers come from China.

It turns out, one of the women tenants was sleeping when another female tenant returned to the dormitory from work.

She was singing as she entered the premises.

As to what song she was singing, we have no clue, but it most likely wasn’t Tian Mi Mi.

The sleeping tenant was awoken by the singing and that got her pretty mad.

She started scolding the singing tenant, and rounded up with a cutting “Your singing is horrible”.

That led to a furious quarrel between the two, which led to a clawing and scratching match.

Apparently, the fight was was loud enough that someone called the police to alert them to the commotion.

Up to 6 men and women are estimated to be living in the dormitory.

They clammed up when police approached and refused to comment more about the incident.

The two female tenants suffered superficial injuries but no one else was hurt.