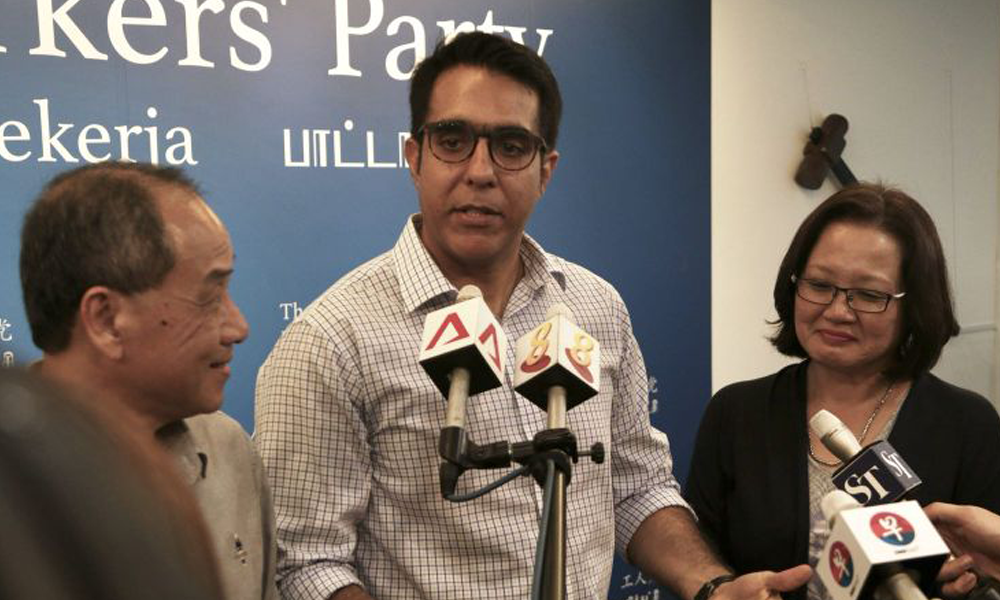 Workers’ Party Secretary-General Pritam Sing has set an ambitious target for the party – win 30 percent of seats in parliament in the medium term.

Speaking at the party’s annual members’ forum yesterday (13 Jan), he urged party members to build on the “sensible approach of rational and responsible politics” established by his predecessor, Low Thia Khiang.

The WP currently holds 6 out of 89 seats in parliament (7 percent), and is the only opposition party represented – the rest of the 83 seats are held by the PAP.

Mr Singh said the WP currently has only a “toe-hold in Parliament”, and that “the risk of a wipe-out with no elected opposition represented by the Workers’ Party is a real one.”

The WP, which contested in Aljunied GRC with its star team of Singh, Low, lawyer Sylvia Lim and Chen Show Mao, and counsellor Faisal Manap won with 54.7 percent of the vote in 2011.

Mr Singh said that the playing field between the PAP and the opposition would continue to be uneven, given the PAP’s “determination to maintain its dominance through its control of grassroots organisations”.

He said the PAP’s “ability to make changes to the Constitution, the highest law of the land, through its near absolute control of Parliament” added to the uneven playing field.

Mr Singh said that political parties are a “tool to effect political change” and that the public must decide whether it wants a balanced parliament to prevent “ownself check ownself”.