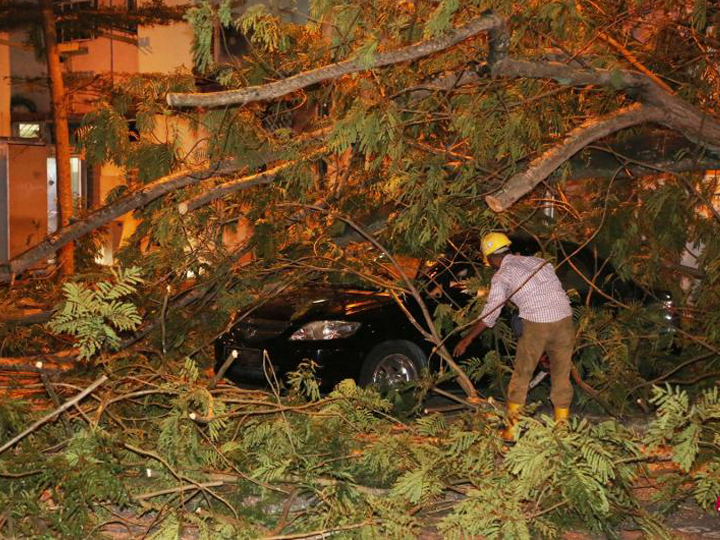 Maybe its fate, or maybe its fengshui.

Regardless, this 23-year-old university student is damn suay lah!

Working part-time as a private-hire driver, he had just dropped off a passenger and had parked his car at the open-air carpark in Jurong West St 42 under a big tree to lepak for awhile.

Then suddenly, he heard a huge noise that he mistook for thunder – that is, until he saw his whole car covered with leaves and tree branches.

It turns out the 5-storey-high tree that he had parked under had snapped and collapsed his car.

With the doors jammed, the young and quick-thinking private-hire driver wound down a window and climbed out.

The driver’s black Toyota suffered dents and scratches, but he was still able to drive it home, fortunately without further incident.