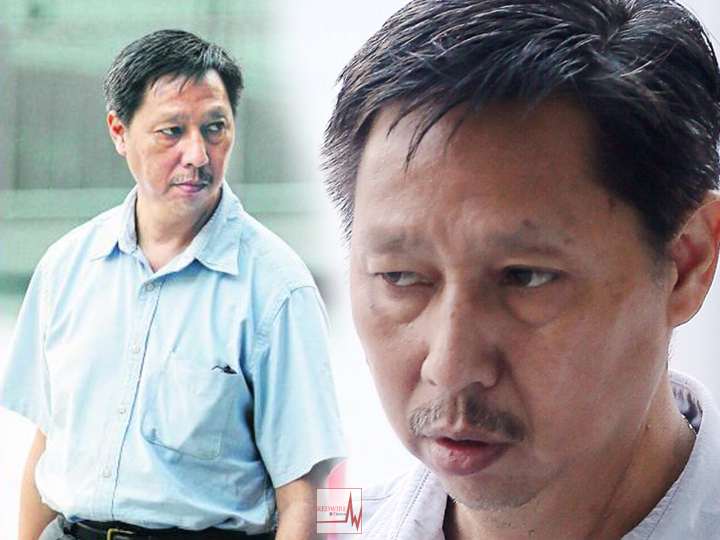 Pang Choon Seng thought it was a good idea to suddenly brake along an expressway, and show both his middle fingers to another driver in an epic rude gesture.

The 52-year-old caused other vehicles to pile-up behind his, and a motorcyclist to get crushed to death by a lorry.

Seeing all this unfold, Pang did what any irresponsible rat who would jam brake to raise his middle fingers would do.

For dangerous driving, he was jailed for 4 months yesterday (3 Jun).

Pang had been driving his Toyota Wish to work before 7am, on the Pan-Island Expressway.

Pang started swerving his car to harass a motorcyclist, Johann Johari Nazir, whose wife was riding pillion at that time.

Johann stopped at the road shoulder near Toh Guan Road, because he felt Pang was driving too close for comfort.

That’s when Pang jammed his brakes, stopped beside Johann, and raised both his middle fingers to him in a dutiful act of rage.

Pang then braked suddenly to hold up both his middle fingers to Mr Johann.

The driver of a prime mover just behind Pang’s car slammed on the brakes.

So too, a lorry driving behind the prime mover.

But that sudden stop caused the lorry to swerve and spin into the path of a motorcyclist.

That was 35-year-old Liow Yong Seng.

Liow was flung off his motorcycle, and crushed to death by the lorry.

Nine vehicles were involved in the accident, which unfolded as three separate chain collisions.

Besides jail time for Pang, the lorry driver, Lim Kok Aun was jailed for four weeks and fined S$7,000 for his part in Liow’s death.