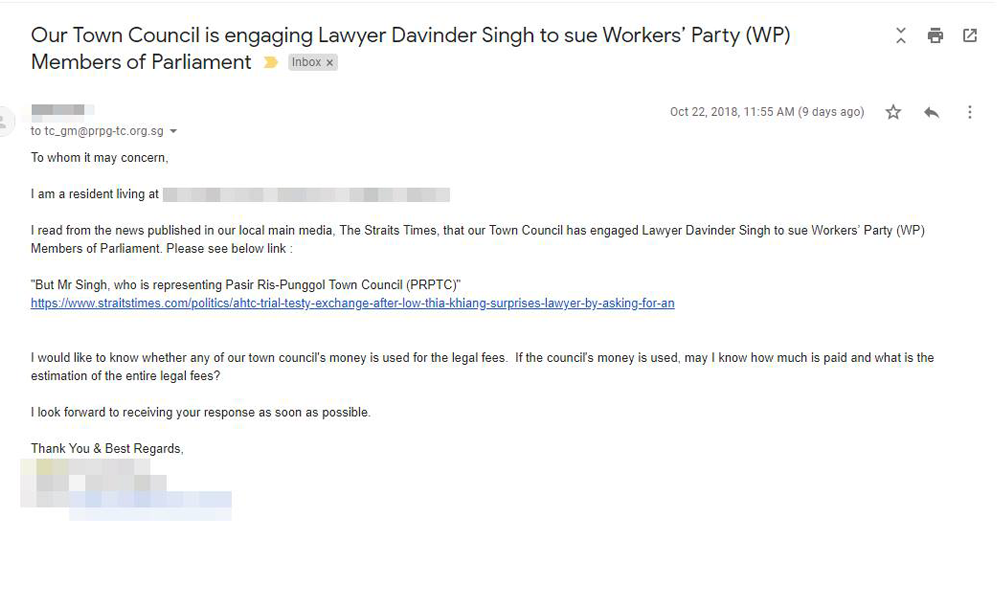 Despite the growing calls from the public to account for the expenditure on lawyer Davinder Singh’s legal fees, Pasir Ris-Punggol Town Council continues to keep mum on the issue.

Mr Singh, a former PAP MP, has been hired by PRPTC to sue Aljunied-Hougang town councillors over alleged breach of fiduciary duty.

The Senior Counsel, who serves as the Executive Chairman of top local law firm Drew & Napier,

Concerns are mounting over how much Mr Singh is being paid to represent PRPTC, after AHTC town councillors revealed that they the bulk of the S$1.1 million raised through crowdfunding efforts has been to their lawyers.

Pasir Ris residents are also concerned about how Mr Singh even came to represent PRPTC.

This letter (pictured above), reportedly penned by a Pasir Ris resident to PRPTC, was shared on Saturday (3 Nov) and has since gone viral on Facebook.

“My friend wrote to her town council PRPTC to ask if any funds are used for the lawsuit as they have engaged one of the most expensive lawyer. They did not reply to her emails after 2 weeks. After repeating calling, they said on the phone that they will not reply when the court case is ongoing.”

The writer of the letter asked for an explanation from PRPTC regarding:

“1. Can the TC choose to spend big amount on whatever non estate expenses depending on their own wishes without informing the residents?

2. Can the TC withhold information on big expenses from their residents?

3. Did the TC gather 3 quotations before deciding on which lawyer to choose?

4. Did the TC breach any TC rules and regulations?”

So far, there has been no public response from PRPTC, even as online calls grow louder for an explanation of how public monies have been used.

Many wonder how PRPTC accounting for Mr Singh’s legal fees would be prejudicial to the ongoing AHTC court case. 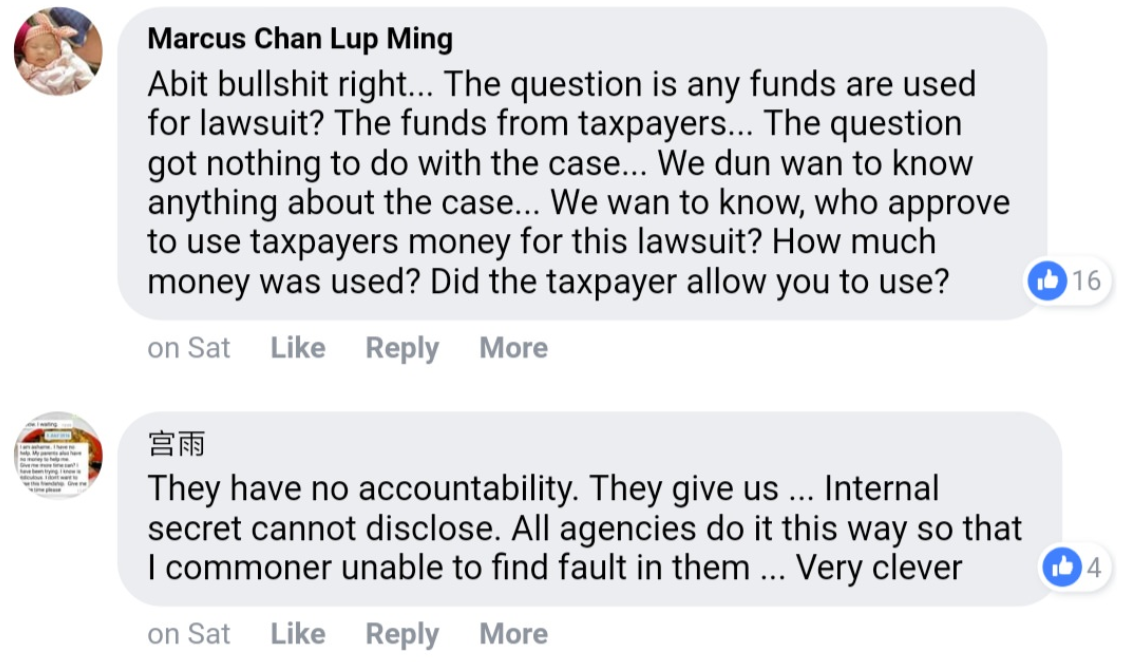