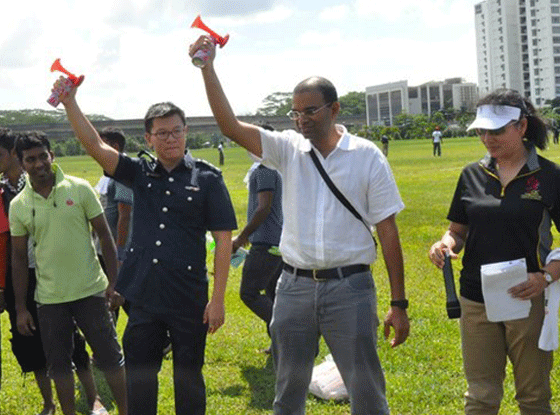 The closest Janil got to a a gun.

Dr Ng Eng Hen shoots his mouth off, and the Singapore government shoots itself in the foot again. He issued a strong-worded warning to PRs that they are obliged to perform National Service just like Singapore citizens. But let’s be fair, Dr Ng. What about our very own citizen MP, Dr Janil Puthucheary? He didn’t serve National Service, and look where he is now – sitting in and occasionally sleeping in parliament.

Dr Janil received his citizenship when he was 35 years old. He could have performed National Service, just like the citizens he said he would “advocate for”. He had a choice. He chose to insult Singaporeans and dodge the draft with that by-now classic excuse, “‘I’ve spent the last 10 years saving kids’ lives.” Well done, sir.

Dr Janil was an Indian national, prior to becoming a Singapore citizen. He toured the world from Britain to Belfast. Then he got fast-tracked into parliament. He told this to the Straits Times in March 2011:

“The question is not where we come from. The question is who is going to be prepared to stay and fight and make this country what it will be, what it can be. I’m that person. I’m staying, fighting. I’m fully invested.” 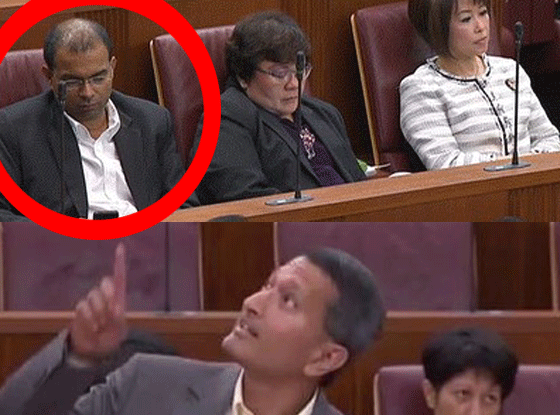 Told you he liked a quick snooze on the job!

Dr Janil couldn’t and wouldn’t even serve 2 years in the field to empathise with the plight of Singaporean men. Was he punished for this? Not at all. He was promoted in spite of this. Saving children is a good and honourable vocation, yes. But don’t our local doctors do the same? They still go through National Service as medics and medical officers given their field of specialisation.

If the government dares to issue such a bold warning to PRs, it should tame citizens like Dr Janil first. There’s a reason why it’s called “National Service” and not “National Choice”.

On a side note, current Aljunied MP and Worker’s Party member Chen Show Mao served his National Service before he became a Singapore Citizen. How’s that for service to the nation?