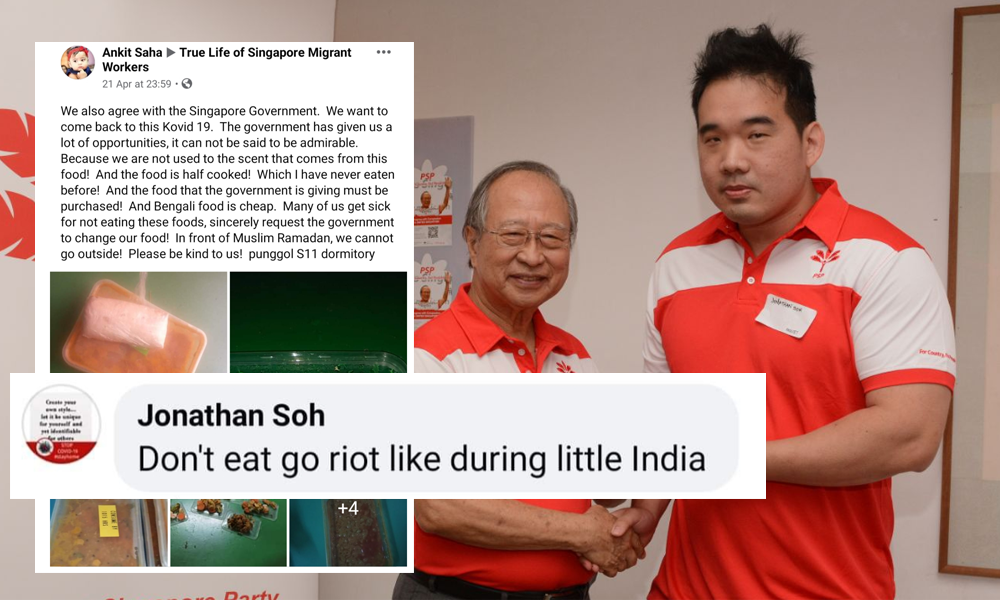 One Progress Singapore Party Member might land himself in hot soup after comments calling for foreign workers to riot over bad food served in dormitories.

Commenting on a Facebook post bemoaning the poor food that was served in a dormitories, Jonathan Soh said “Don’t eat go riot like during Little India.”

This is not the first time a PSP member has shot his mouth off irresponsibly on a public platform.

Ex-PSP member Jan Chan was expelled from the part after comments on Facebook comparing the Bible and the Quran to toilet paper.

Prior to that, Brad Bowyer was made to apologise for allegedly purporting falsehoods over comments regarding Temasek Holdings.

The Little India Riot in 2013 was one of the tersest riots in Singapore in recent times.

Lasting over 2 hours, an estimated 400 rioters burnt emergency vehicles and beat up policeman.

Over 25 rioters were later arrested – mostly migrant workers from India.