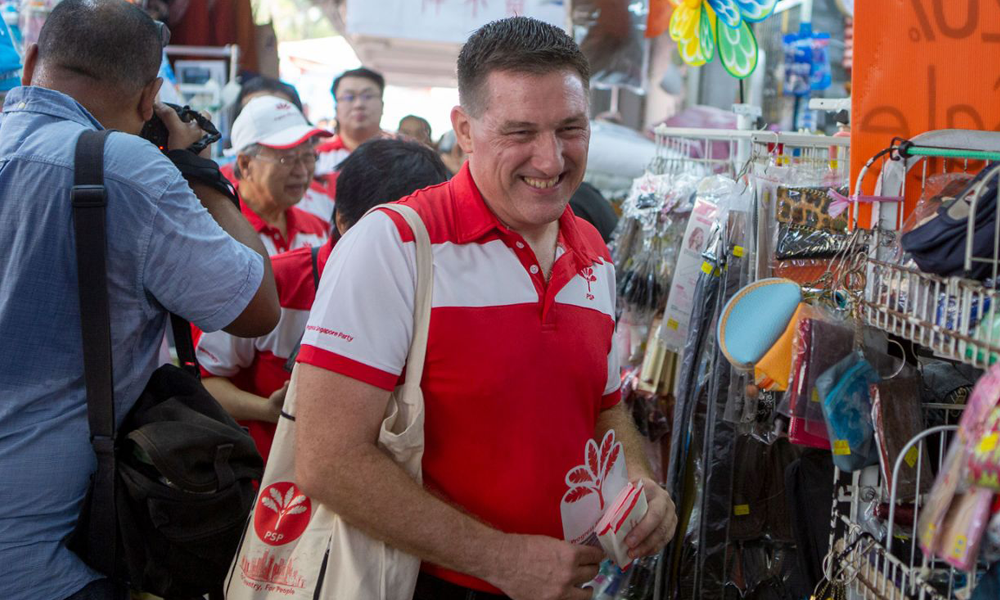 Forget AHTC and the classic Sylvia Lim pout that has become synonymous with that saga.

In a new landmark, Progress Singapore Party member Brad Bowyer has just been whacked by the new Protection from Online Falsehoods and Manipulation Act (POFMA).

The much-criticised Act was enacted in parliament in May this year.

Bowyer was directed to correct a Facebook post he made in early November which questioned the independence of Temasek and the GIC.

“This will in no way impact my resolve or desire to do what I feel I can to improve our social and political discourse and how Singapore is governed and develops both now and in the future. A responsible and vocal citizenry is as much a vital part of our democratic nation as is a responsible and listening government.”

Bowyer, a former National Solidarity Party and People’s Voice Party member is now with the PSP, was directed by the Ministry of Finance to issue the correction.

The MOF said in a press release that the post “contains clearly false statements of fact, and undermines public trust in the Government.”

“It is necessary to state this for the record: GIC and Temasek operate on a commercial basis, and the Government is not involved in their individual investment decisions.”

Bowyer, in his Facebook post, also made assertions regarding investments by government-linked companies into Bharti Airtel, Salt Bae, the Amaravati project and Keppel, amongst other things.

His assertions have been found to be either false or misguided.

” I have no problem in following that request as I feel it is fair to have both points of view and clarifications and corrections of fact when necessary. I do my best to use public facts and make informed statements of opinion based on the details I have access too. I am not against being asked to make clarifications or corrections especially if it is in the public interest.”

POFMA prohibits the communication of false statements of fact in Singapore.

Alternatively, the Minister can issue a Stop Communication Direction, in which they party is required to remove the falsehood.