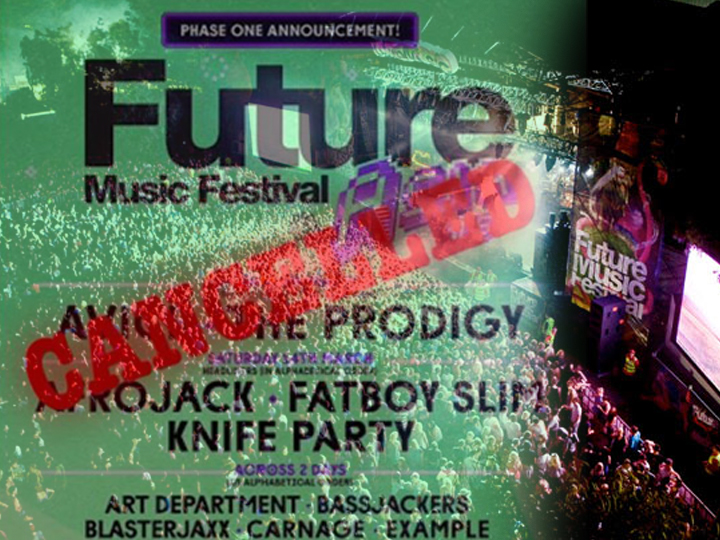 The event was supposed to be held in Singapore on March 13 and 14 this year, but had to be scrapped because organisers received the red light from Singapore authorities.

Anger is mounting at the organisers, Livescape, for not getting approval for the rave party, before selling tickets.

Especially amongst foreigners who had made flight and accommodation arrangements in Singapore just to attend FMFA.

Livescape has promised a full refund to those who bought tickets.

But there’s worries amongst ticket holders that their money might have gone down the drain. 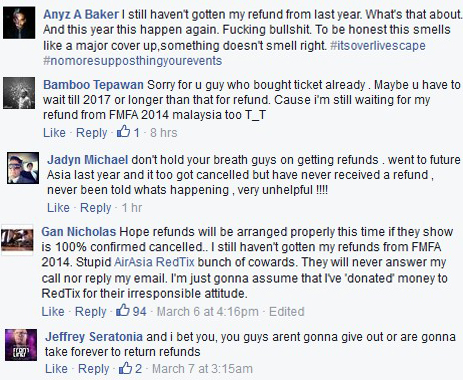 15,000 tickets have been sold so far, according to Livescape, with the cheapest ticket costing upwards of S$130.

What brought about these problems for ticket holders – Livescape selling tickets to FMFA despite Singapore authorities twice rejecting its application for a permit to hold FMFA in Singapore.

Singapore police cited drug abuse concerns as the reason for the rejection.

There’s been a rising of drug use at FMFA and other Future Music Festival concerts, despite concert organisers’ pledges to maintain tight security.