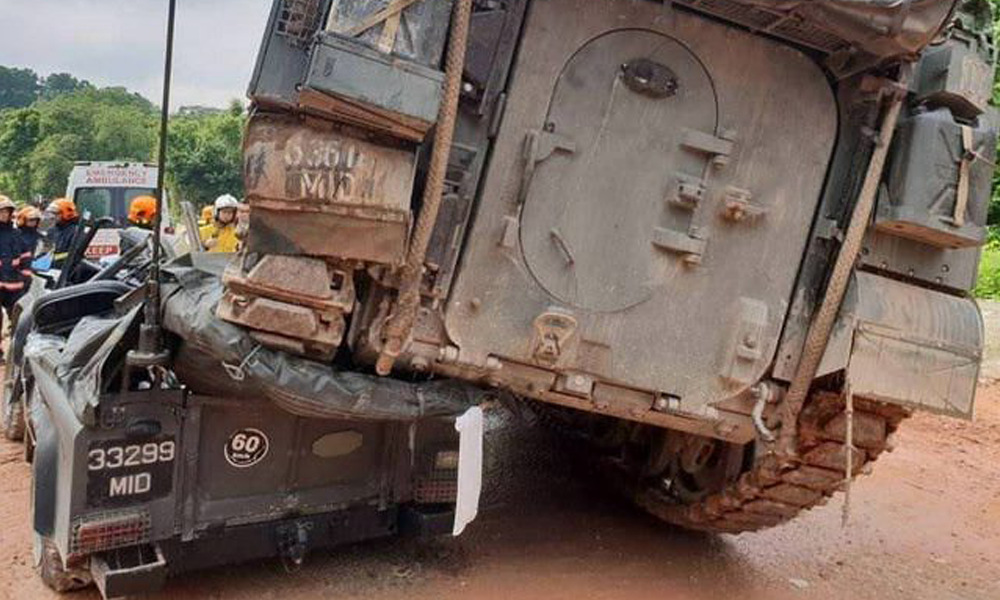 Already discontented with the Singapore Armed Forces for perceivedly downplaying the incident in which a full-time national serviceman was killed by a Bionix fighting vehicle, the public is calling for greater accountability after a second photo of the incident scene was leaked.

Corporal First Class Liu Kai was driving a Land Rover on Saturday (5 Nov) at about 10.10am when a Bionix reversed and ran over his vehicle.

The SAF, in an official statement, said that CFC Liu died after he was “involved in a vehicular incident” and given medical attention before succumbing to his injuries.

However, a leaked photo of the scene (above) showed that CFC Liu’s Land Rover was crushed by the Bionix.

This second leaked photo of the incident scene has drawn further public scrutiny of the circumstances leading up to CFC Liu’s death. 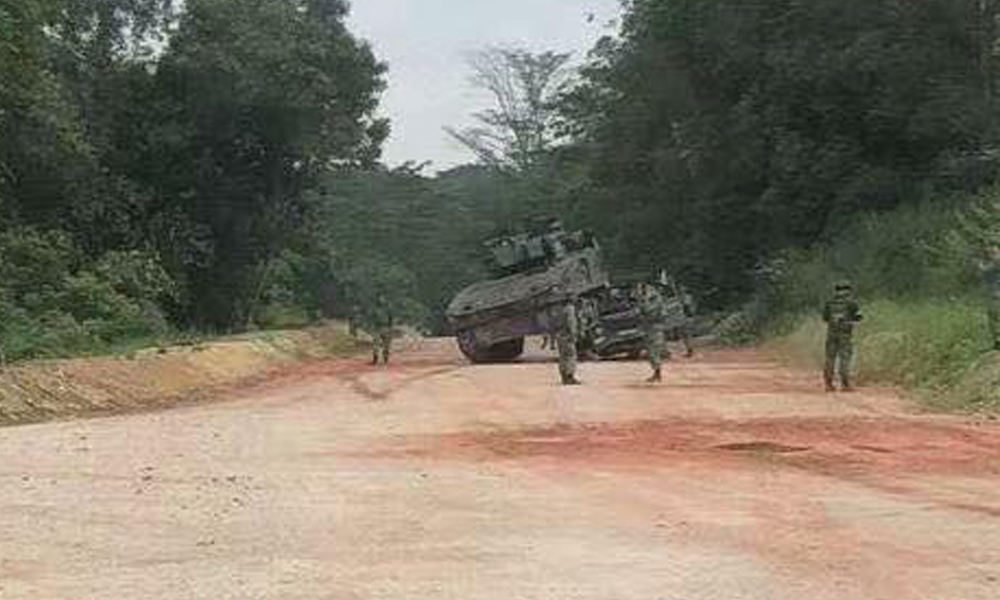 Many wonder how the Bionix could have reversed into and crushed CFC Liu’s Land Rover given that the terrain was flat, path was wide, and there was no sign of wet weather.

There’s speculation that training safety lapses could have led to the incident.

Police and MINDEF are investigating the incident, and a Committee of Inquiry has been set up to conduct its own independent investigations.

CFC Liu was cremated yesterday, with hundreds of people including friends, military personnel and strangers giving him a final send-off.

The 22-year-old had planned to go to university after his national service and get a job as an engineer.

His death is the second publicly-reported training-related death this year.

COI investigations turned up lapses in training protocol leading up to his collapse from heat injuries, and further lapses in safety protocol following his collapse which led to his death.