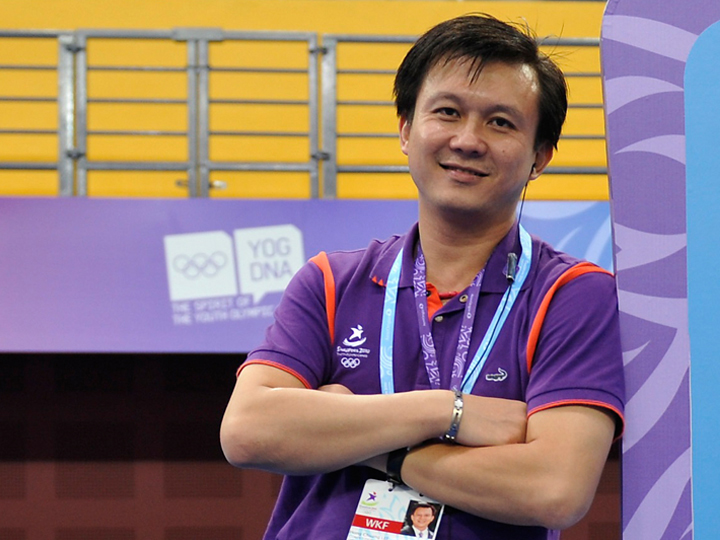 The 44-year-old is currently the Chairman of the Hougang Community Club Management Committee.

Prime Minister Lee Hsien Loong has backed Lee to put up a good fight in Hougang:

“He has fighting spirit and goes there with the full backing of the party. We will help him convince voters their current MP is not doing as much as he should.”

Lee will go up against the Workers’ Party’s Png Eng Huat, who took over the reins in 2012 from former WP MP Yaw Shin Leong, after Yaw was caught having an extra-marital affair.

Lee says he has spent months walking the ground in Hougang, after assuming the chairman post in September last year.

“I hope to have a direct avenue to provide feedback from the residents to the Government or relevant authorities. There are a lot of things we can further improve, to enhance the environment. I told them to be patient and we will see how we can work together as a team. “We want to renew the town and make sure it’s a better place for them to call home. They’ve been requesting a lot of fundamental infrastructure, and on the softer side, they’ve been asking for some facilities for community bonding, such as parks and running tracks. There are many more things we can do in Hougang.”

Lee was awarded the Public Service Star in 2013’s National Day Awards as the Chairman of the T-Net Advisory Council under the People’s Association.

In the sporting arena, he has chaired and organised national projects such as the inaugural Youth Olympic Games and 28ths SEA Games as Competition Manager.

He also led the national gymnastics team to several competitions as team manager.