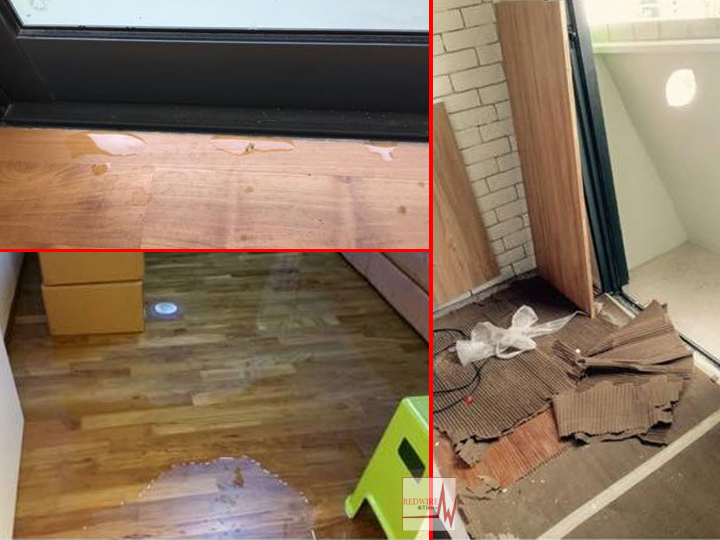 But on a serious note, an early morning thunderstorm has raised a storm in Punggol.

This, after rain poured into several homes in the newly-built Punggol Waterway Terraces BTO flats.

Homeowners complained of “flooding”, which damaged their furniture and flooring. 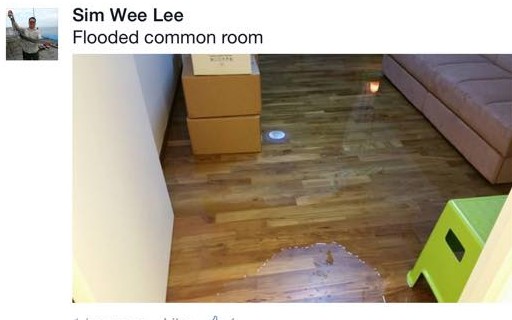 The big leak apparently sprung from balcony doors of the flats.

Rainwater appeared to be able to enter the flat despite the doors balcony doors being shut. 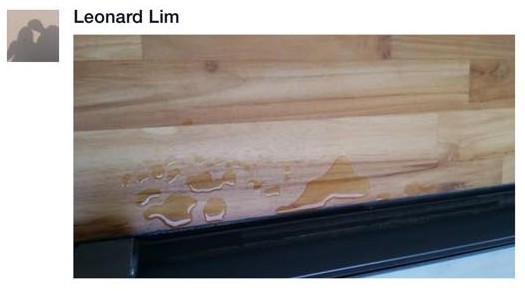 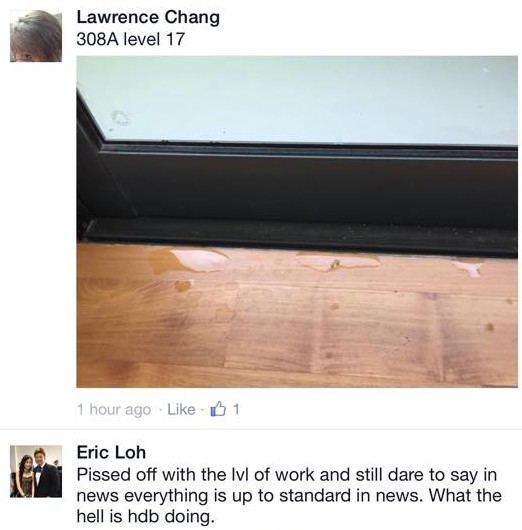 Some residents also complained that rainwater was able to enter their rooms despite the windows being shut, resulting in rain splattering across their faces while they were sleeping. 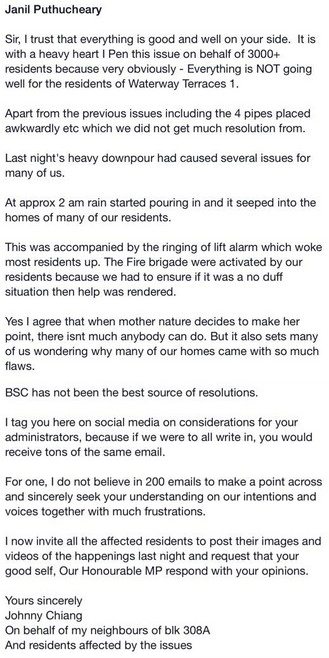 This incident is the latest to shake public confidence in new flats built by the HDB, with homeowners in several new developments complaining of workmanship flaws and defects in their homes.

In parliament yesterday (13 Jul), Minister of State for National Development Desmond Lee defended the quality of DBSS and BTO flats.