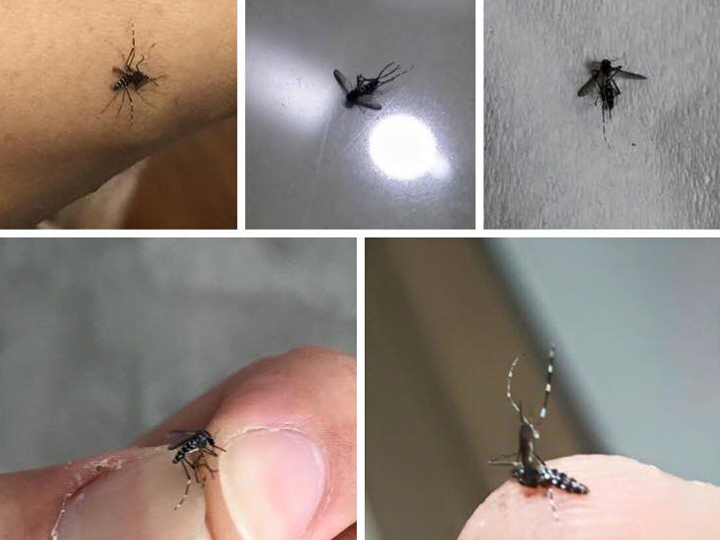 Nope, Punggol residents are taking the war to the mosquitoes, even if it means killing them by hand.

Unfortunately, it appears that there’s just too many around for them to swat even if they had 4 pairs of hands!

With one of the latest Zika-infected patients found to be residing in Punggol, residents there are naturally worried about the mosquito problem there.

After all, the Zika virus is spread by mosquito bites and sex, and given Singapore’s low birth rate we believe the former is more rampant.

The Waterway Brrooks, Waterway Ridges and Waterway Banks areas of Punggol are reportedly the most infested with mozzies.

“Aedes mozzies in my and my neighbors house. Punggol Drive. We have a #Waterwaybrooks fb group and neighbors were all posting pics of their kills. We have been reporting to town council and #NEA. At least for my house, we have been reporting even before Zika broke out. In a day, we can kill up to 6 mozzies and have at least 3-4 of them escape – while staying indoors.”

Another resident, Wilfred Tan, has complained that the town council only takes action if complaints are received.

“Hope that the town council can be more vigilant. . There’s many locations with serious water stagnant and mosquito breeding near my place and they only take action to clear after I reported. There’s no check and action from them for weeks before I reported.”