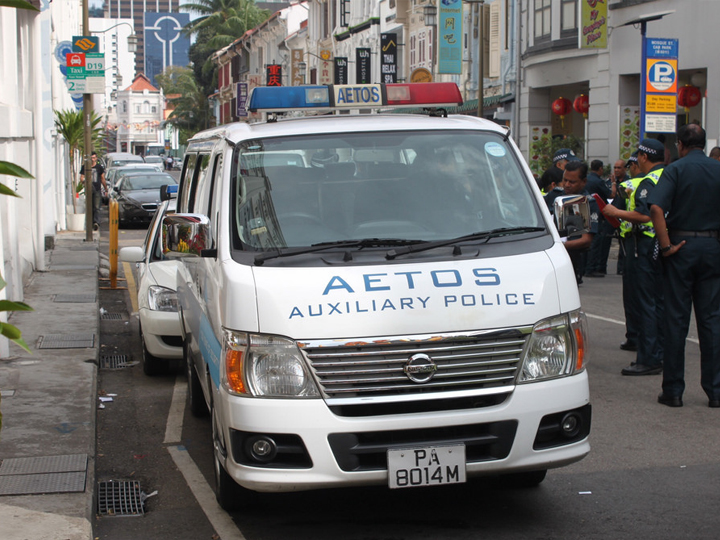 Still, AETOS recruiters couldn’t detect this and gave him the green light to sign on.

The Home Affairs Ministry said that Muhd Khairul was already radicalised back in 2012, and he was making plans to travel to Syria to join the Free Syrian Army (pictured above) to kill Shi’ite Muslims and fight the Syrian government.

Muhd Khairul successfully joined AETOS in 2015 and was working at Woodlands Checkpoint when he was arrested last month under the Internal Security Act for terrorism-related activities.

Auxiliary police officers are private contractors hired to do police duties such as carrying out security checks at buildings and crowd control.

The uniformed officers have powers similar to that of police officers while on duty, which include carrying out a search and making an arrest.

They are trained to wield firearms though not all of them are armed during their everyday duties.

The MHA said Muhd Khairul’s duties did not require him to be armed.

Home Affairs and Law Minister K. Shanmugam said that the AETOS vetting process would not have picked up Muhd Khairul’s intentions.

“There were no obvious signs and it would have been difficult to have picked it up.”

He urged employers not to single out Malay employees for closer scrutiny.

“It would be very wrong to suggest that employers start vetting Muslim candidates in a different way. That will have the very opposite effect.”

Family and friends of Muhd Khairul knew of his radical plans but refused to out him to the authorities.

Minister-in-charge of Muslim Affairs Yaacob Ibrahim said his parents knew of his intentions, but didn’t take him seriously.

One of Muhd Khairul’s AETOS colleagues, who was carrying firearms in the course of his duties when he was arrested, even suggested to him ways he could carry out his plans.