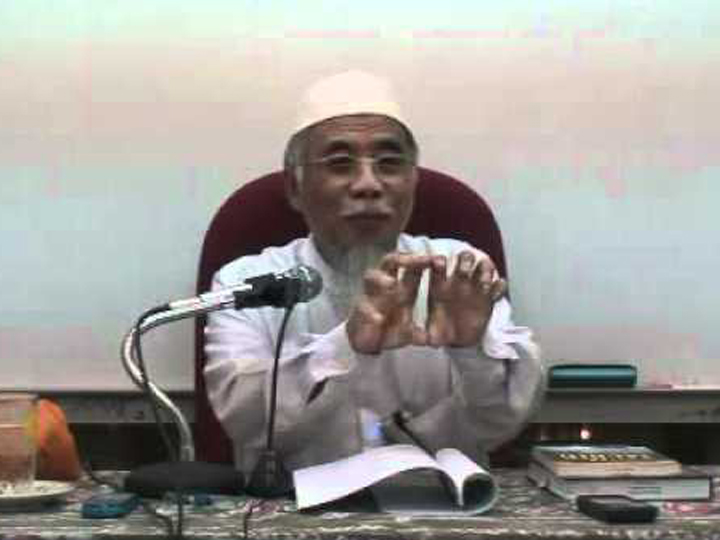 Rasul Dahri has been found to have promoted extremist religious views in 9 of his books.

The unregistered religious teacher who is a Singaporean has had those books banned under the Undesirable Publications Act – meaning that it is an offence to distribute or own the books.

Those who have copies of Rasul Dahri’s books must hand them over to the police.

The Ministry of Communications and Information said the books contain “extremist religious views which include denigrating remarks of other religious groups.”

In some of them, Rasul “rejects the idea of a secular state and calls on Muslims to establish an Islamic State.”

“Rasul Dahri is a Singaporean who has, through his radical teachings, betrayed the values that Singapore has held so close to us as a mutli-cultural and multi-racial society.”

“We will not allow his radical teachings and his extremist ideology to take root in Singapore. We will do whatever we can, with security agencies as well as community organisations such as the Islamic Religious Council of Singapore to safeguard our community against extremism.”

The Islamic Religious Council of Singapore (MUIS) said that Rasul has been known to to “maintain exclusivist, hardline and extreme positions in Islam” and oppose democracy.

The Council said that Rasul “persistently denounced established religious rituals practised by Muslim scholars worldwide and declared those who practise it as deviating from his own mistaken view of what is ‘the real Islam'”.

As such, Rasul’s application to the Asatizah Recognition Scheme to be endorsed as a qualified Islamic teacher in Singapore was rejected.

Rasul has been arrested 3 times in Malaysia.

The Singapore leader of terrorist network Jemaah Islamiyah, Mas Selamat Kastari, was reported to have attended Mr Rasul’s classes in Johor between 1987 and 1989.