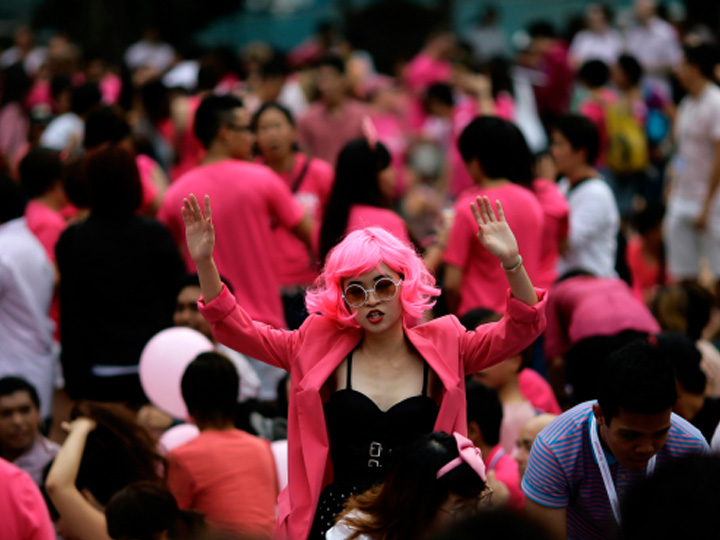 Shut up and sit down, boys…

The Supreme Court has ruled that Section 377A of the Penal Code will remain embedded in law.

“No prodding each other in the anus, and no point probing us to change that,” that’s the point our judiciary is sending across with this latest ruling.

That means, gay men, that you can wear pink T-shirts and walk around, and play house, or whatever you want — except have butt sex.

That also means the feminists win.

Read this, it’s what’s worded in the statutes as Section 377A:

What does the law consider as “gross indecency”, then?

A woman pressing another woman’s vagina to her’s? Anyhow play.

A woman pressing another woman’s vagina to her mouth?Play, play.

A woman putting a man’s penis in her mouth?Foreplay, which hopefully leads on to sex, kids, and new GST-paying, CPF contributing citizens.

A man putting another man’s penis in his mouth?Grossly indecent. Go rot and die in jail you co*k-sucking b*stard and don’t cause the breakdown of society and marriage, and force us to lose potential GST-paying, CPF contributing citizens.

Let’s not even touch on the butt sex.

The feminists win again. This could possibly be the biggest insult to men the court can hammer out.

“377.-(1) Any man who penetrates, with his penis, the vagina, anus or mouth, as the case may be, of a human corpse, shall be guilty of an offence.”
(2) A man who is guilty of an offence under subsection (1) shall be punished with imprisonment for a term which may extend to 5 years, or with fine, or with both.

Why does the law assume only men want to screw dead bodies?

Because we get stiff, while lesbians just get strap-ons?

And guess what, gay men, you’re grouped in the same category as sexually-deviant weridos who like to screw dead Aunty Ho. The only difference? Three years of jail time.

Getting to the Point

There is no point in contesting any of this, guys, straight or otherwise. We’ve got a long way to go before we even reach AWAREness standards.

But for gay men, how about taking it one step at a time? Challenge the mandatory jail time on 377A. Get it knocked down to a fine per time. You see, it adds up.

Take it as a tax for making the government tlose potential GST-paying, CPF contributing citizens.

If you agree or disagree with Redwire Times Singapore Editor John Wong, or just find him a total bastard, drop a note in the comments or mail us at mail@redwiretimes.com.