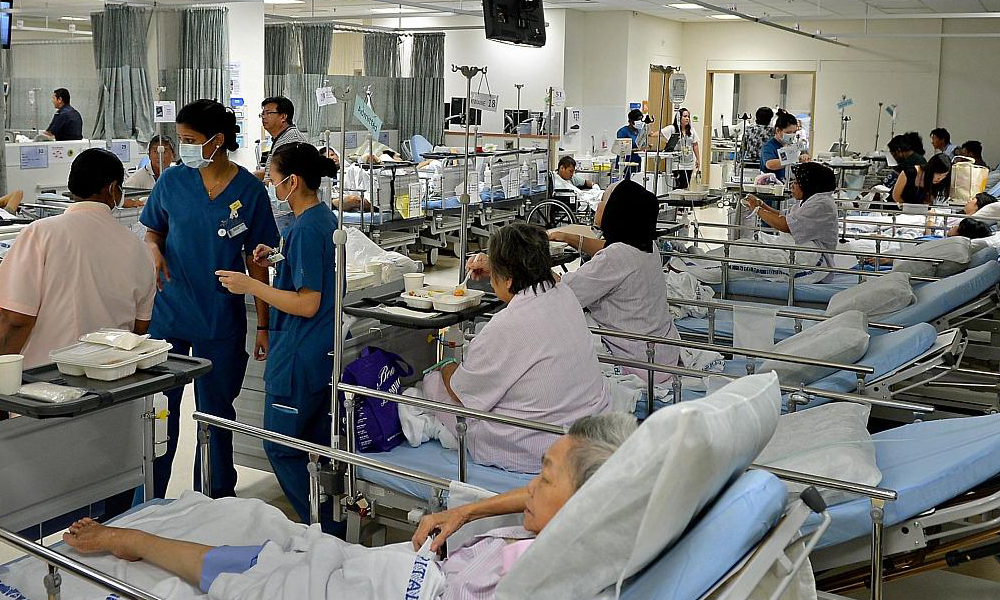 Three separate organisations have come up with research reports stating that public hospital facilities are insufficient to keep with with Singapore’s population growth.

To start off, Credit Suisse published this in its research report on Singapore’s healthcare system: 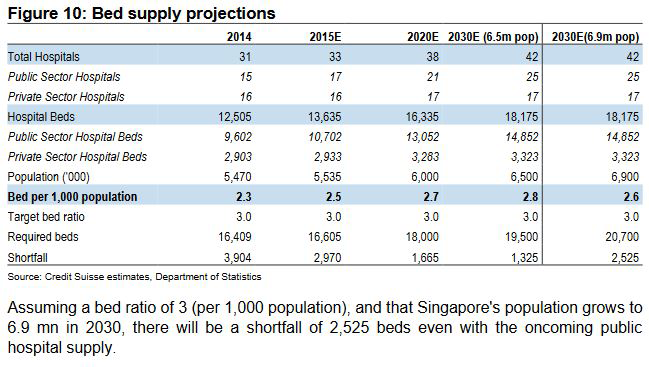 In July this year, Value Penguin stated that:

“Because the geriatric population is growing more quickly than hospital facilities can realistically keep up with, it seems like more and more Singaporeans will experience overcrowding at hospitals. Furthermore, there may still be a chance that upcoming projects may not provide enough relief if the rate of hospitalisations continues to increase, especially because these projects take several years to be completed.”

And in the latest report today, local non-governmental organisation the Lien Foundation stated that the government has not provided enough facilities or subsidies for the rapidly ageing population.

The Lien Foundation report also stressed the importance of preventive care, citing how a rapidly greying Singapore could see the number of Singaporeans aged 65 and above doubling to two million by 2030.

However, the Health Ministry has assured Singaporeans that there is “sufficient capacity to meet demand”.

The MOH added that the Government has increased its spending on the eldercare sector from S$1.3 billion in the four years from 2007 to S$5.1 billion for the 4 years from 2012, and that it has committed S$2 billion to support the proposed CareShield Life scheme which will launch in 2020.