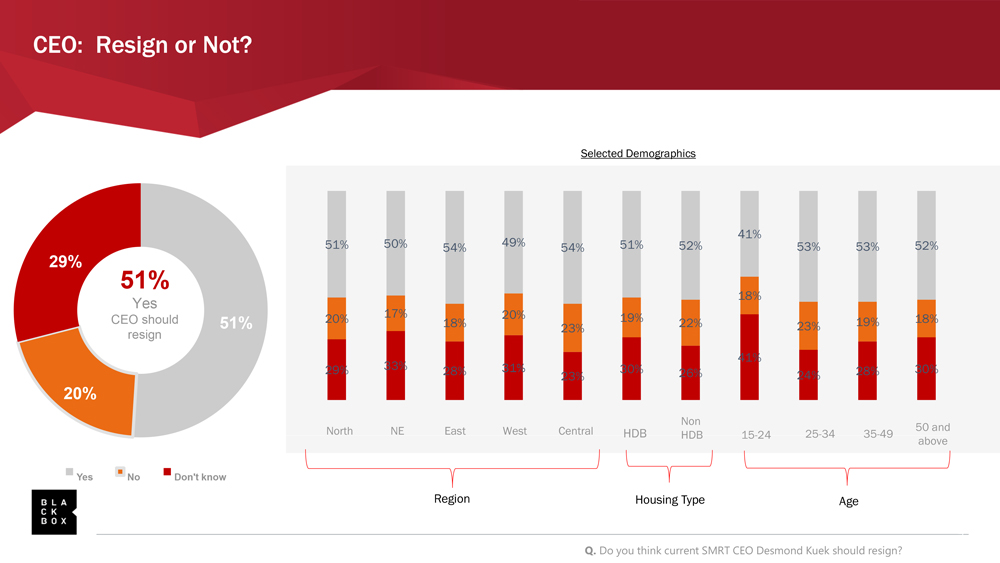 An independent research study by market research firm Blackbox Research has smashed the illusion of public confidence in the MRT.

Only 20 percent of respondents think that SMRT CEO Desmond Kuek shouldn’t resign, and 65 percent believe that the MRT system is not well run. 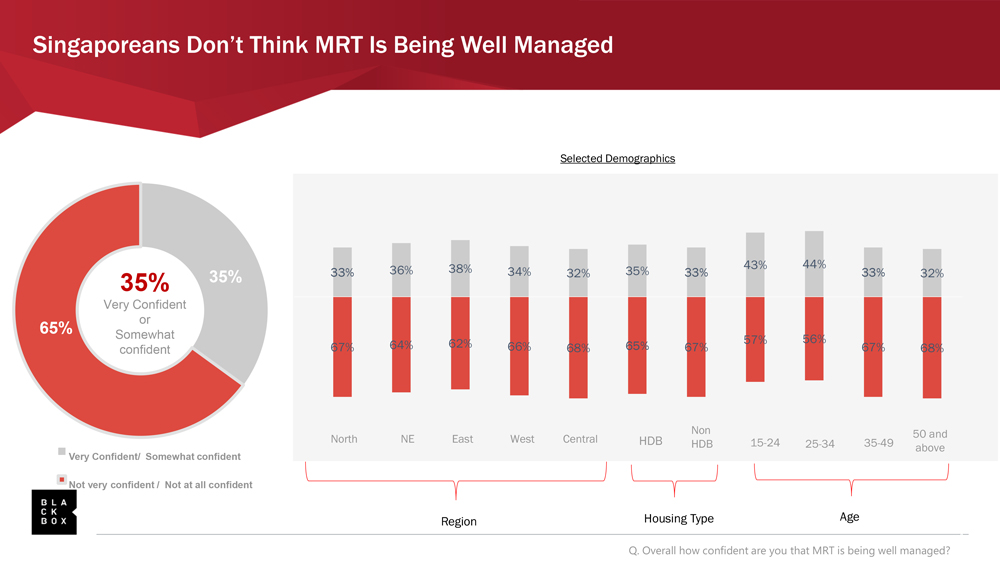 More than 55 percent rated rail performance poorly, and 59 percent don’t believe that things will improve in the next year. 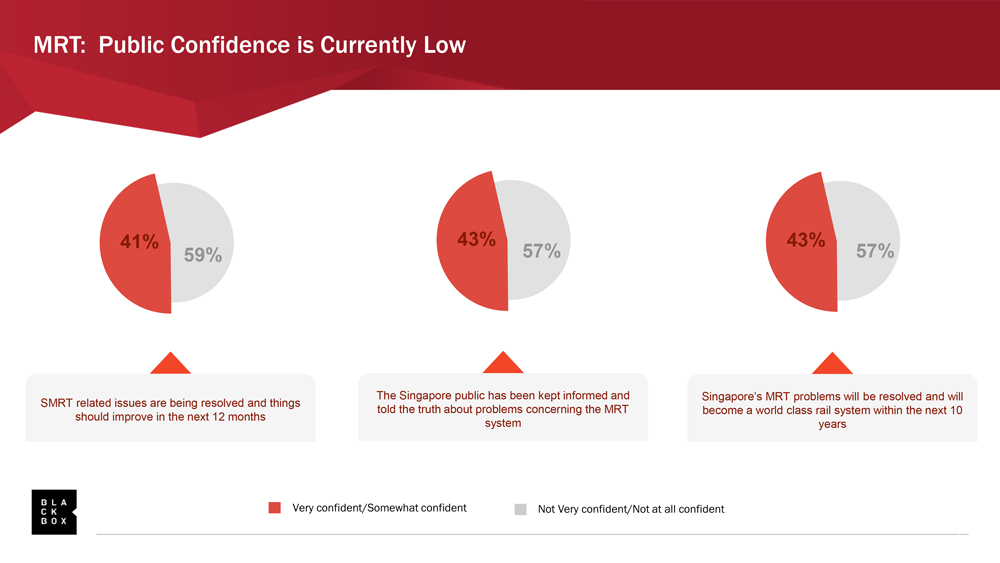 69 percent of respondents also say that there should be a public inquiry into the Bishan MRT station flooding incident, which turned up the shocking discovery that the failed pump system hadn’t been maintained because ground staff had falsified records then went off to lepak. 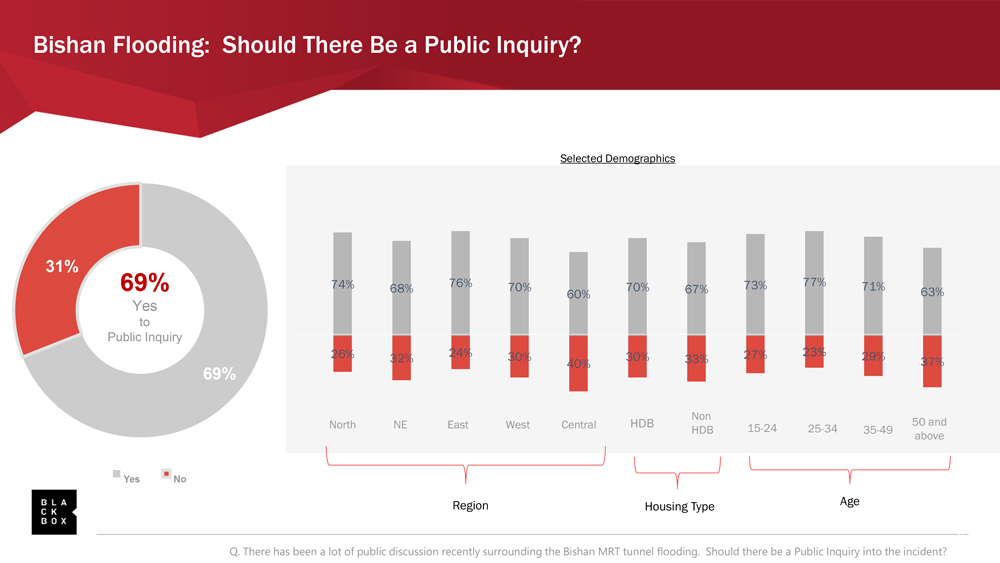 This study on the MRT involved 1000 people aged 15 and older and was conducted between 10 Nov and 16 Nov.

Blackbox puts the margin of error at 3.1 percent.

Just to give you an idea of the predictive ability of market research by Blackbox, the firm almost hit the nail on the head when it came to predicting the result of GE2015 (yeah lah, so their results are quite accurate).