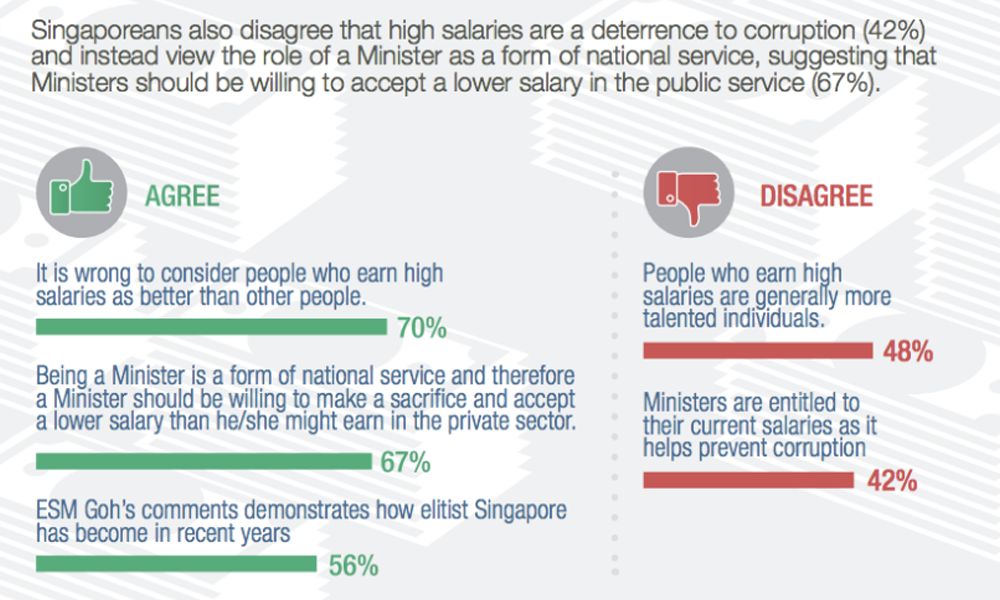 A poll by Blackbox Research shows that nearly 7 in 10 Singaporeans believe ministers are paid too much.

70 percent also feel that is wrong to consider people who earn higher salaries as better than other people.

Politicians here ranked only second to lawyers on the “Snobbery Scale”, with a majority of respondents stating that ESM Goh Chok Tong’s comments on ministers’ salaries are a sign of how elitist Singapore has become.

Close to half of poll respondents believed that high salaries for ministers prevents corruption. 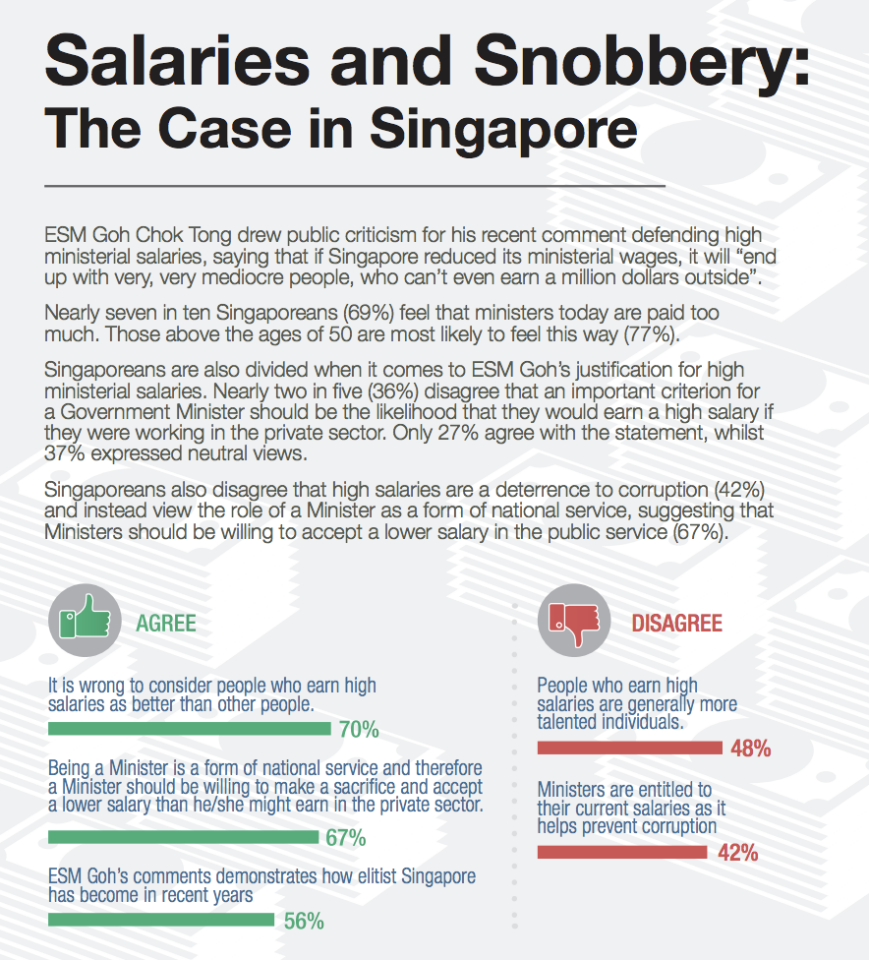 The Blackbox survey, released last Friday (21 September), is part of an interview series conducted monthly with a geographically-stratified online sample of 1,000 Singaporeans.

Last month, ESM Goh said at a dialogue session that ministers are not paid enough, adding that high salaries are needed to attract top talents to join the government.

“You are going to end up with very very mediocre people, who can’t even earn a million dollars outside to be our minister. Think about that. Is it good for you, or is it worse for us in the end?”

Currently, the annual salary of an MR4 grade (entry level) minister stands at about S$1.1 million, while the Prime Minister earns in the region of S$2.2 million.