The NIMBYs of Fernvale Lea (all relations of that very entitled scholar Eng or of property developers?), and their allies among the anti-PAP paper warriors don’t mention a very inconvenient fact. And surprisingly neither does the constructive, nation-building media which are the PAP’s only weapon against new media which is dominated by those opposed or not friendly (self-included here) to the PAP administration.

When the “noise” started, the u/m sketch was widely circulated on the internet. I wondered what was the building (coloured grey) in between the flats and the “temple” area 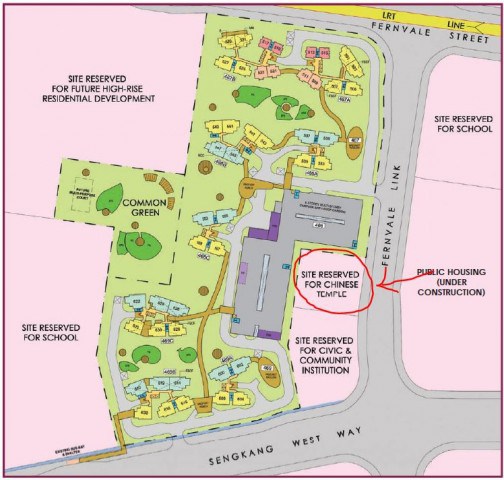 Turns out there is a multi-storey carpark between the “temple” land and the flats. Here’s how it looks. 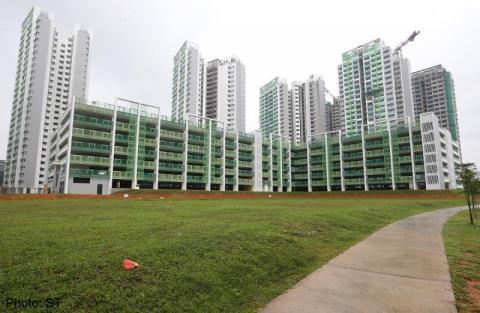 And the photo below shows, the proposed “commercial” temple/ columbarium would not be visible from the ground level of the Lea. And the residents living higher up will only see the roof. Effectively, the temple/ columbarium are not visible, or anywhere near the flats. 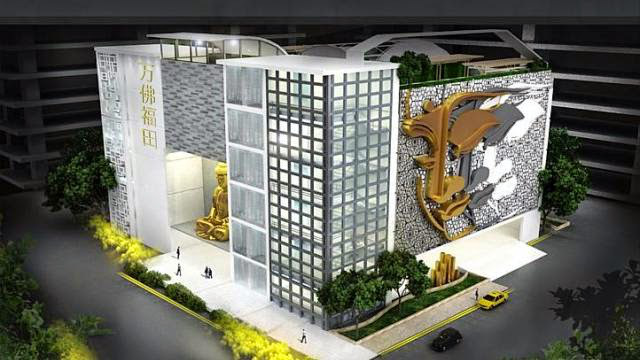 So waz this bull of the temple/ columbarium spoiling the enviroment? It’s all about the fear of not getting gd prices for the flats because the flats are near the “dead”.

Now that we know the tender should never have gone to a commercial entity, we should be assured that it was an “honest mistake” made by stupid bureaucrats. The PAP administration should get the CPIB and ISD to investigate the officials who approved the award and defended the decision. The reason for the CPIB is self-evident: got bribery or not?

The reason for the latter is to see if the officials are “anti-PAP” subversives trying to fix the PAP. Maybe it wasn’t “an honest mistake” but a plot against the PAP administration. Remember that the core of the WP is the activists from the Barisan Socialists, the cunning enemy of the PAP.

And the media too should be investigated by the ISD: strange that the constructive, nation-building journalists didn’t point out this fact when sliming the MIMBYs.

This commentary was first published on Thoughts of a Cynical Investor.
Send us your commentaries at mail@redwiretimes.com