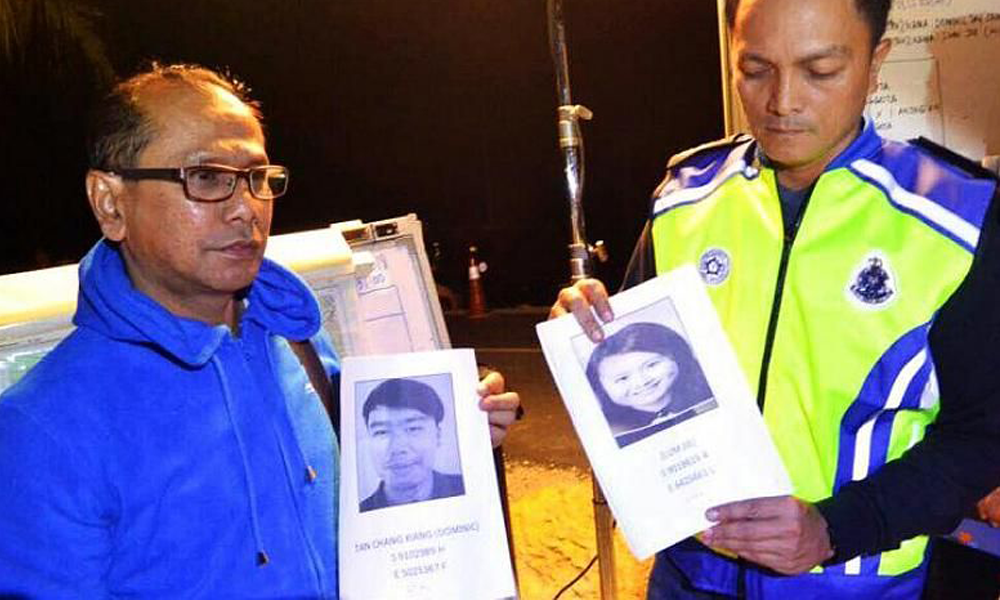 A phone call between the missing Singaporean hikers in Gunung Pulai and a local official has been released by Malaysian authorities.

In it, Dominick Tan can be heard describing his location to the official, and pleading for help, saying that his friend was injured.

Tan and his female friend, Lum Jie had gone missing on Monday while hiking at the forest reserve in Johor’s Kulai district.

A Malaysian police spokesman confirmed that they received two calls for help from the couple after they went missing.

The first was received on Monday at about 5.40pm, while the second was at 10pm.

This is a transcript of the second phone call:

“I followed the red-coloured tape. Halfway, I got lost and I just keep going downwards. So now what I’m seeing right, I describe to you. I am somewhere facing the river, but this river cannot go to below one, because this is quite high. This side of the ‘bukit’ is only one way, facing the river. The river water only can go, man cannot go.”

“I already test already. Just now when daytime I test already, cannot go. This one only water can go only. Yes, I’m quite high, I cannot hear anything at all. I hold, hold, hold so many times already.  So from the big plateau, we followed the red-coloured tape. You just go along there, you might find me. I might not be able to talk to you anymore, so please look for me and my friend. Her leg ‘sakit’ already.”