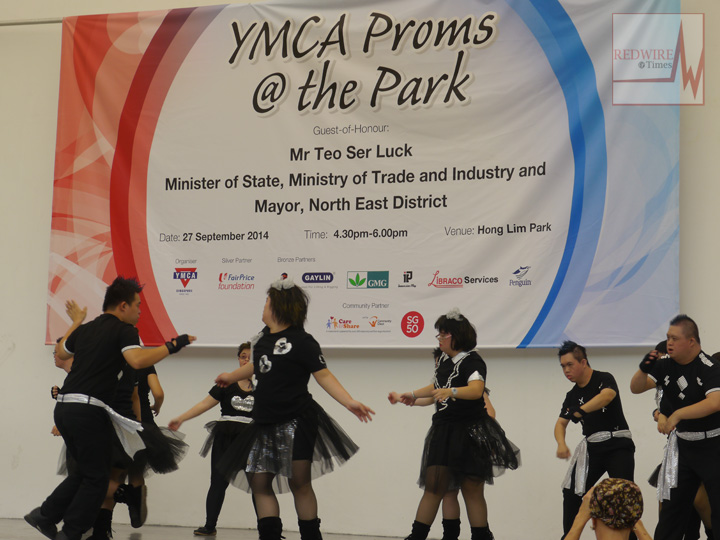 TSB: On 27 Sep, YMCA held their annual charity event at Hong Lim Park. Amongst those attended were senior citizens, the underprivileged and children with special needs. At the same time, the return Our CPF movement led by Han Hui Hui and Roy Ngerng also held their monthly Return Our CPF protest at the same venue.

We are not going into the why and how two events could be approved to be held at the same time and place. But the fact is that, during a performance by the special needs children on the YMCA stage, Roy Ngerng and Han Hui Hui led a protest march right to the front of the stage and heckled and maliciously tried to disrupt the performance with their anti-government slogans.

It is one thing to protest. Despite their assertions that there is no freedom of expression in Singapore, they are allowed to protest. But it is another thing altogether to heckle, intimidate and disrupt a performance by special needs children who must have practiced hard for their moment in the spotlight.

This just goes to show the type of persons the organisers and the supporters are. They are willing to go to any lengths to push their anti-government agenda even at the expense of propriety and respectability.

If they have any decency left, they should apologise to YMCA and especially to the special needs children. And Singaporeans should condemn this despicable act regardless of their political leanings because this has got nothing to do with politics.

That was a classless act that no people from any country, be it the United States or North Korea would ever do.

You can view the video here:

This commentary was written by TSB.
Send us your commentaries at mail@redwiretimes.com