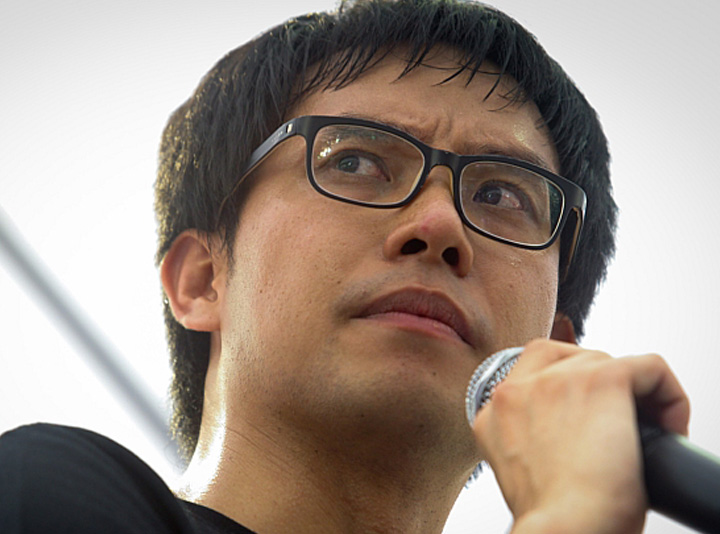 ROY NGERNG: I am not angry.

I am not hurt as well.

I understand why the government is doing what they are doing.

They have to do what they do, at least from their perspective.

When people start telling you that you are selfish and greedy, and that you are hoarding over their wealth, what can you do? Do you believe them?

Perhaps you might think that they are envious of what you have. Maybe they are jealous. If they are not good enough, then blame themselves for it. Don’t blame you.

Then you get angry at them. And since you have learnt to get your way all the time, you decide that you can do the same to them.

You want to punish them. If you do not, you worry that your wealth will be taken by them.

So you punish them.

This is why I am not angry.

They have their reasons for doing what they do.

I might not agree with it. But to them, it makes sense. They are trying to protect themselves.

Because don’t we all want to protect ourselves?

Isn’t this that’s why we fight? To protect ourselves?

Because don’t we all? Maybe not to the extent they want it, but we do hope to have enough, so that we can sometimes enjoy ourselves a bit.

So, I am not angry with them. I understand why they do what they do.

They are scared of losing what they have, so they are trying to stop us.

And I understand that.

Am I not as well afraid of losing my rights, and my livelihood? Is it not why we fight? For our right to live?

It will still allow them to have a very comfortable life.

I can only keep focused on what I am doing, and what I believe in.

I believe that there is more than enough money to go around. I believe that if the people have helped to earn the money for their country, the country should share the money with them.

I believe that when we treat everyone with equal respect and we believe that other people are as worthy, no matter what they do, that our society can become a better place.

I believe that people are poor not because they are lazy. People are made poor because the money they make for their companies are not returned to them.

I believe in a more equal, fairer and just society.

But this is what I believe in.

At the end of the day, it’s not what I believe in, or what they (in the government today) believe in.

It is what each and everyone of us who live in Singapore today believe in, and how together we look towards creating a society that will benefit us all, and work towards creating a better future not for just you or I, but where all our lives will get better.

This is where I disagree with them. I do not believe that the current people in the government are willing or able to create a society that we can share in.

They have their interests to protect. But the interests are only that of a small group of people.

This also means that the interests of the rest of us many Singaporeans are neglected.

And so, I believe they need to go.

Not because I am angry with them. I am not. I do not hate them.

They have to go because they cannot listen, and they cannot share the wealth we have helped grow, back with us.

To me, I believe they need to go so that Singapore and Singaporeans have a chance, so that we have a chance to put in people in government who will care enough for Singaporeans, to want to look at how the wealth can be shared, so that our country can move up together.

But it is not what I think that matters, nor is it what they in the government believe that matters.

Because our country is not shaped by just one or two of us, or ninety of them in government.

It is shaped by the will of the people who live in the country. Or at least, it should.

Today, a few of us fight to speak up for a fairer and more equal society. The people in the government fight to protect what they have. And in doing so, they try to stop our fight.

But how about the rest of us? Do we fight? Do we have something we believe in that we will fight for?

Do we want better lives for ourselves? We do. But will we fight for it?

Will we step out of what we have trained ourselves to believe as our comfort zone, and to step out and fight?

When they press us down and we are out, they go back to their ways and life goes on. Not the way we want it. But did we ever speak up for the life we want?

We do not realise that if all of us, thousands and thousands of us, decide to speak up today, they will fall. We will have a chance to recreate the life we want.

This is what they know. They know that if everyone speaks up, they will have to give up their control.

The Hong Kong people know this as well. So when some took the streets, more and more did so as well.

Because if we want things to change for the better, we speak up. We fight.

You speak up, only because you want to protect yourself. You want to be given a chance to live the life you want.

You just want a fair chance.

In fact, throughout this period, I have been calm. They can hurt me, but as long as I know what I am doing, and what I believe in deep down that what I am doing is right and fair to others, what anyone does to me will not hurt me.

I can only remain strong in my belief.

But there is one thing I am disappointed by. I am sad that my fellow Singaporeans have not stepped up. It is not easy, some might say. It might not, perhaps.

But when we do not speak up or stand up, when we loose our rights, we need to know that we have only ourselves to blame.

Not the government, not the person who fought but failed. Not anyone else.

But I respect my fellow people for the choices we make.

In the end, when people do not speak up, it could be either because we are scared, or because we do believe that the way things are are good enough and that we do not have to.

And no matter what happens, we have to respect one another for the choices we make. Yes, even when someone decides to sue you or charge you for things you have never committed.

We have to respect one another.

No matter what happens, I will always have faith, and always be strong.

My friends, I hope that you will be too.