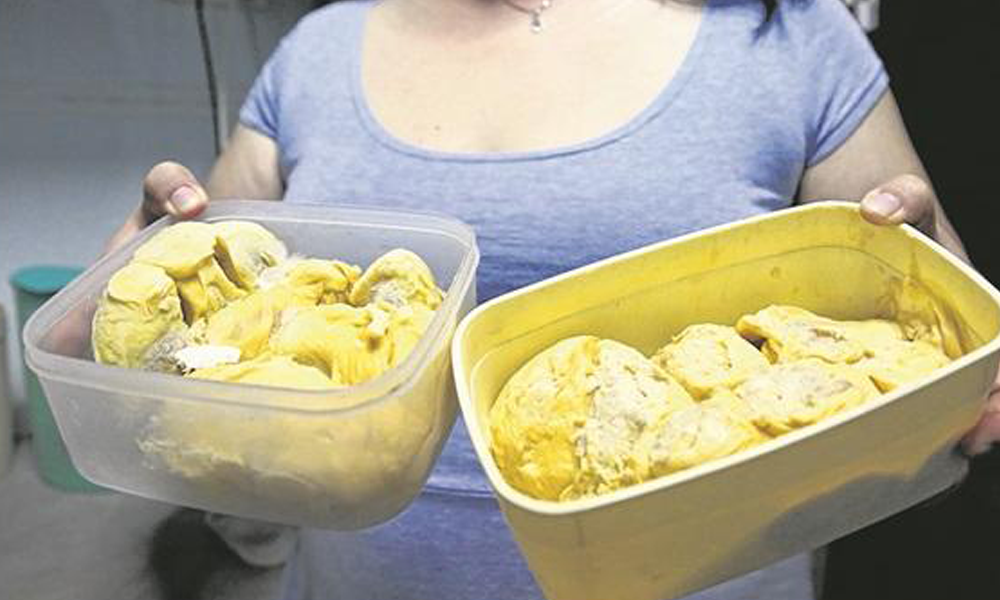 But when a door-to-door durian seller dropped by her flat in Marine Parade one evening, she thought “just buy lah” since it was her birthday and her brother was coming over for dinner and she knew that he and her parents loved eating durians.

The durian seller opened one of the durians and let Ms Ho sample the goods, and she found that it tasted pretty food, so she took her pick from the durians on sale.

The 3 durians Ms Ho chose were weighed in front of her and showed “19” on the scale, leading Ms Ho to believe that the durians weighed 19 kilograms.

Ms Ho was happy with her purchase, until she talked about it to her brother later that evening and he told her that durians weigh at most about 2kg each, and so 3 durians shouldn’t weigh more than 10kg in total.

“I never bought durians before, so I wasn’t sure about the weight. When I heard ‘19kg’ I got a shock, but the man didn’t look suspicious and I even managed to bargain with him.”

Ms Ho says that the ‘19’ number on the scale could mean “pounds” instead of “kg” as there wasn’t any indication on the scale.

She believes she has been cheated and wants to warn other durian lovers to beware of such “scammers”.