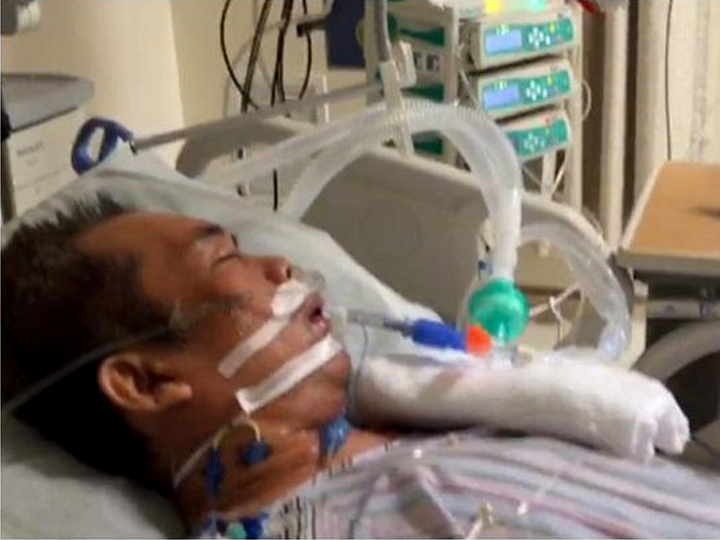 He had just come back from a work trip to the Philippines and decided to bring his wife out for a treat.

Little did salesman Mr Sim Tharn Chun know that that S$3.50 bowl of porridge would land him in a coma.

The 52-year-old and his wife went to a food centre in the central part of Singapore on 15 Nov, where he ordered for himself a bowl of yusheng-style raw fish porridge.

He also had diarrhoea and was vomiting.

Last Thursday (19 Nov), his wife called for an ambulance and he was rushed to Khoo Teck Puat hospital where he lapsed into a coma.

The doctor says he was infected by Group B Streptococcus (GBS) bacteria, which led to meningitis.

It’s believed that Mr Sim contracted the bacteria because of the raw fish porridge.

From July to September, there were several cases of infections linked to such raw fish porridge, including one of a man who had his hands and legs amputated.

But seeing that the news had died down, Mr Sim, who loved raw fish porridge, decided to give it a shot.

His wife says that sadly, one S$3.50 bowl of porridge has landed him in such a state, and saddled them with hospitals bills that have already come up to about S$3500. 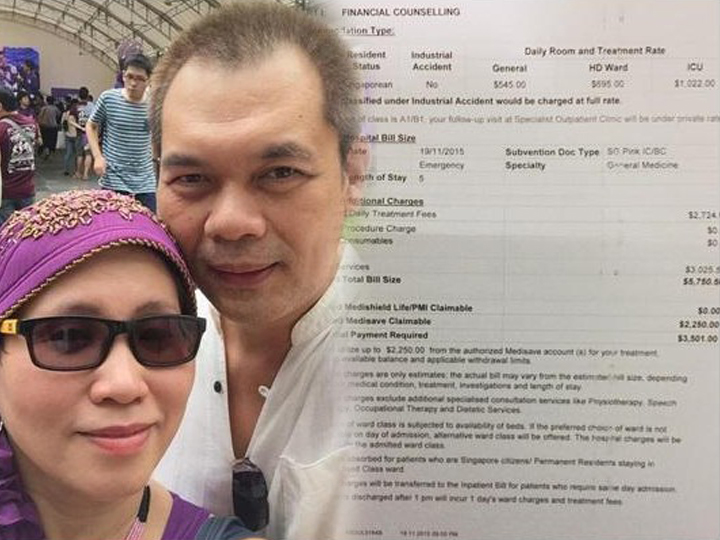 Mr Sim is still in a coma.

He had promised his wife to give her a surprise for their 20th wedding anniversary next month.

The greatest gift he can give her is to wake up.

The raw fish porridge stall seller has said that he has never been involved in any GBS-related infections in 20 years of operation.

He says that he only sells fresh fish received daily from a supplier who’s strict on hygiene, and only handles the fish with gloves.