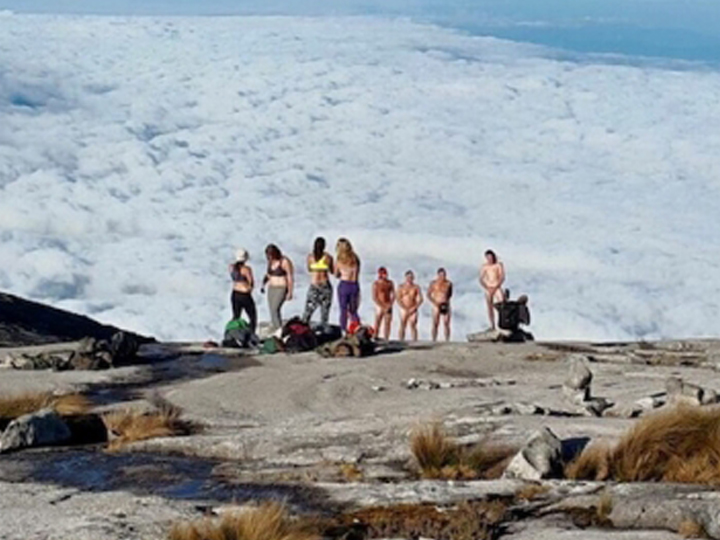 They are the cause of the Sabah earthquake, and so they must pay.

Sabah’s chief tribal priest, or “Bobolian”, is demanding 10 buffalos each from the ang moh tourists who stripped naked for pictures and urinated on Mount Kinabalu.

That’s the compensation rate, according to local customs.

Bobolian Tindarama Aman says the shenanigans of the ang mohs angered the mountain spirits, causing them to bring about last Friday’s earthquake.

“The tourists who angered the guardian of the mountain should pay for their mistakes by giving sogit.

“This fine, called sogit in the native tongue, should be in the form of 10 male or female buffaloes.”

Spirits roam about Mount Kinabalu, their final resting place before they proceed to hell, according to local beliefs.

It’s believed that these spirits can be summoned by Bobolians through rituals known as “menolob”.