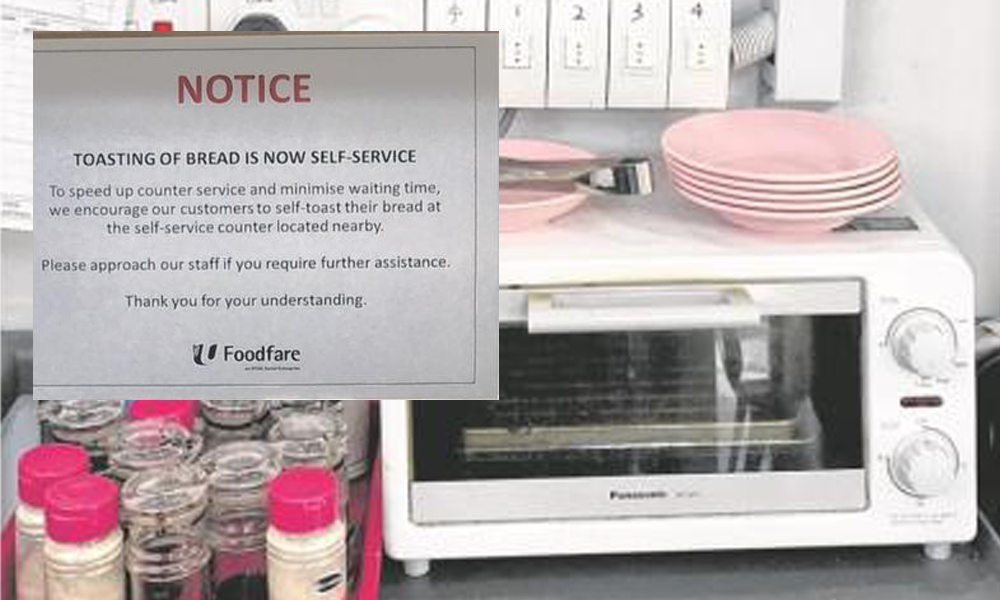 NTUC Foodfare is feeling the heat after complaints from consumers about its “ownself toast own bread” practice at a kopitiam at Block 361 Sembawang Crescent.

Angry kopi loti (coffee and bread) consumers received a rude shock in July when buying their usual takeaway, upon seeing a sign asking them to toast their own bread.

After queuing up to make their purchase, they were given bread slathered with kaya and butter and told to queue up to use the toaster at the corner of the kopitiam.

What really got them hopping mad is for all that extra effort, the price of the bread remained unchanged – S$1.20 for two slices.

According to the sign posted by NTUC Foodfare, the move is aimed at reducing waiting times.

However, consumers seem to be paying the price while not enjoying the benefits.

Cheesed off at the queue to use the toaster, several of them simply finish eating their un-toasted bread and leave.

Many feel the “self-service” culture is being taken too far.

“Next time how? I ownself cook my own bak chor mee (minced meat noodles) ah?”