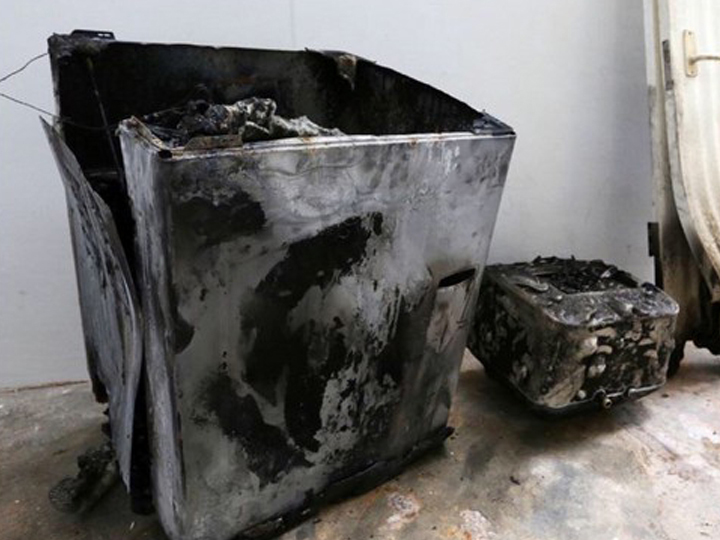 That Samsung washing machine that burst into flames last week – turns out the problem was an electrical short circuit!

After investigating the incident, Samsung said:

The flaming washing machine incident occurred when a housewife was doing her laundry.

She was running her Samsung washing machine, which was placed in the toilet of her kitchen.

When the housewife left the washing machine alone, she smelt a burning smell after about 10 minutes, and upon rushing back to check on the machine, saw that it had caught fire.

All that was left of the machine after the fire was extinguished was charred metal.

The toilet walls, ceiling and air-conditioning pipes were also burnt.