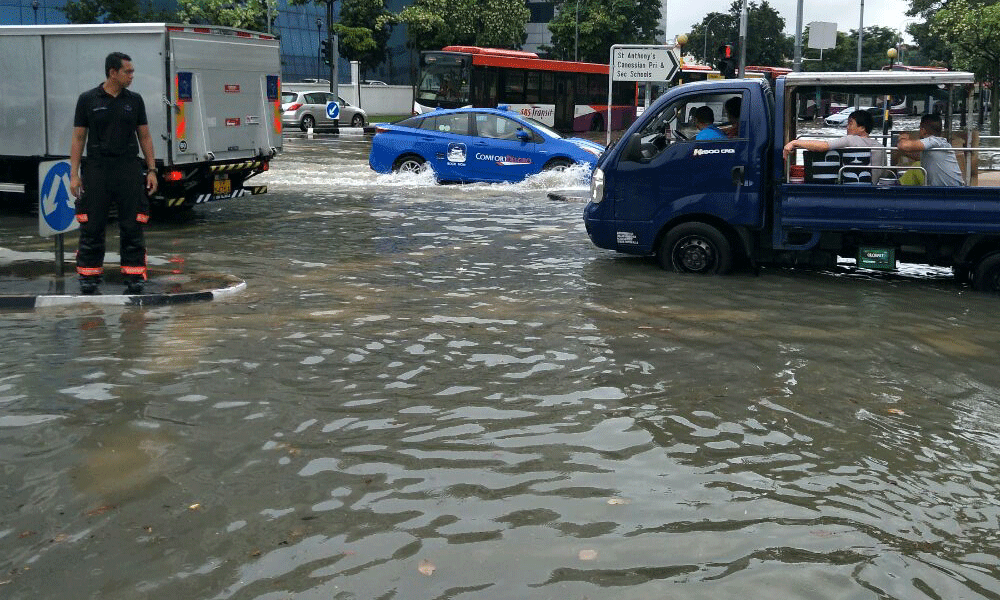 The Public Utilities Board has taken to offering sandbags to some 600 residents and business in flood-prone areas as it battles ponding (more commonly known outside Singapore as “flooding”).

These sandbags, available upon request, are aimed at helping residents and shop owners guard against water entering their premises during the upcoming monsoon season.

The “unpredictable weather”, according to the PUB, is due to “climate change”.

Sandbags aside, the PUB is also stepping up checks on drainage systems at construction sites and sending reminders to about 4000 building owners to inspect drains on their sites to ensure that are ready to cope with heavy rainfall.

The Meteorological Service Singapore has said that the north-east monsoon season has set in over Singapore, and is expected to last until March 2019.