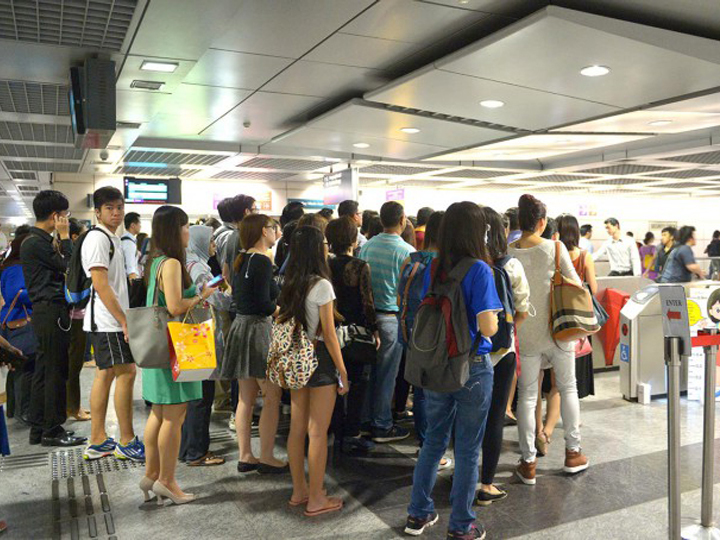 Somewhere out there, Khaw Boon Wan could be shedding a silent tear too.

Another serious disruption to our rail line had to take place so soon into his new job as Transport Minister – serious because it caused a 2-hour delay as students were heading for their O and A level exams.

It turns out the disruption to the North-East line yesterday during peak hour was down to the testing of a new train.

SBS Transit, which manages the North-East line, says that the new train pulled a wire and damaged the power supply system mounted on the ceiling of the train tunnel.

The test apparently took place around 5am in the morning, with SBS Transit announcing at 5.23am that train services had to be stopped due to the power fault.

Train services only resumed at 9.30am.

In the meantime, bus bridging services were activated.

The first O and Level exams were slated to start at 8am.

The crippling of the North-East line put many students in distress, with some reportedly breaking down in tears for fear that they  wouldn’t make it to their exam venues in time.

And of course, who would be angrier than their parents.

SBS Transit says it had informed the Singapore Examinations and Assessment Board, and worked with the Education Ministry to make sure schools were aware that students might be arriving late.