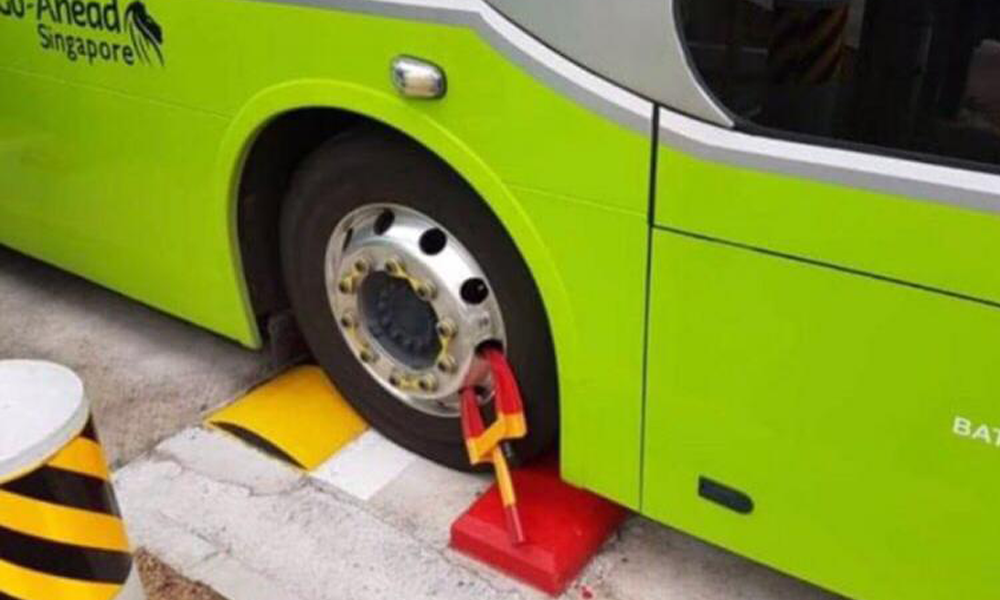 A first-of-its-kind sighting at the Kampong Bahru bus terminal last Wednesday (8 Aug) – a Go Ahead bus was wheel-clamped while parked at a bus lot with the driver still in the bus!

The clamping is reportedly due to a personal feud between the bus driver and a staff from SBS Transit – the bus terminal operator.

Some bus captains who wish to remain anonymous revealed that according to an agreement between Go Ahead and SBS Transit, up to 6 Go Ahead buses can park at the bus terminal at one time.

Go Ahead has said in a statement that a misunderstanding led to one its buses being wheel-clamped.

SBS Transit said that it has commenced disciplinary action against its staff involved in the wheel-clamping incident.