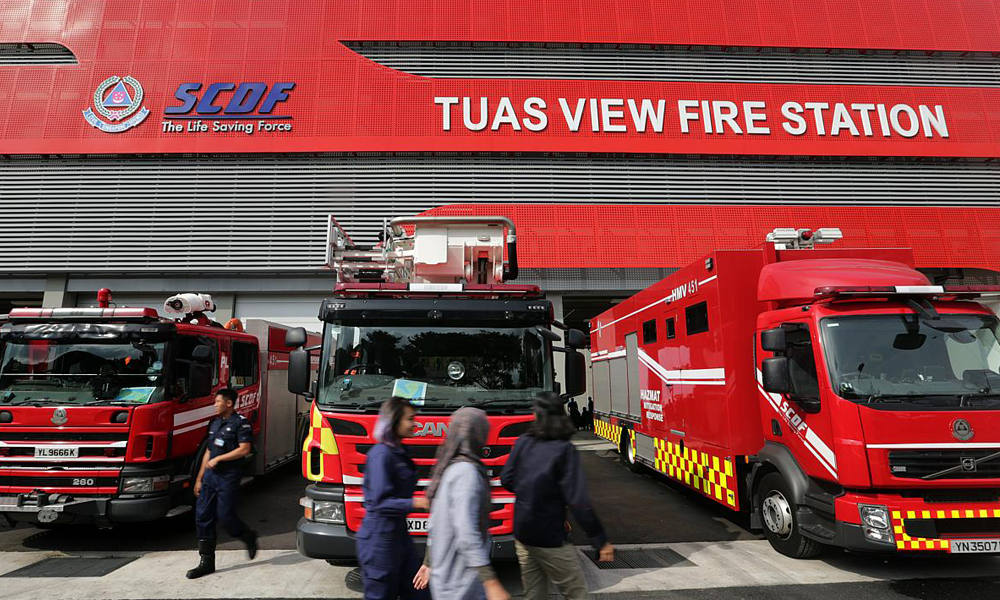 A SCDF full-time national serviceman was found unconscious yesterday (13 May) at the bottom of a pump well at Tuas View fire station.

He was sent to hospital, but pronounced dead upon arrival.

Corporal Kok Yuen Chin had gone into the pump well, reportedly as part of a pre-ORD celebration with his squad-mates.

When he didn’t resurface from the pump well, a number of personnel jumped in to find him but failed.

The well was subsequently drained and CPL Kok was pulled from it and given first aid by a paramedic.

He was then sent to Ng Teng Fong General Hospital, where he was pronounced dead.

Police have arrested 2 regular officers and investigations into the death are ongoing.

The pump well is a reservoir of water used by fire station personnel for training and for testing the pumps of fire engines.

Law and Home Affairs Minister K Shanmugam has pledged to get to the bottom of the matter, calling the circumstances leading up to his death a “clear violation of SCDF’s rules”.

A Board of Inquiry will also be convened to look into the case and its findings will be made public.

SCDF said it appears the “mishap” arose as a result of activities which it has prohibited, and that it will be conducting briefings in all its fire stations and bases, and checking whether any such activities have happened in the recent past.