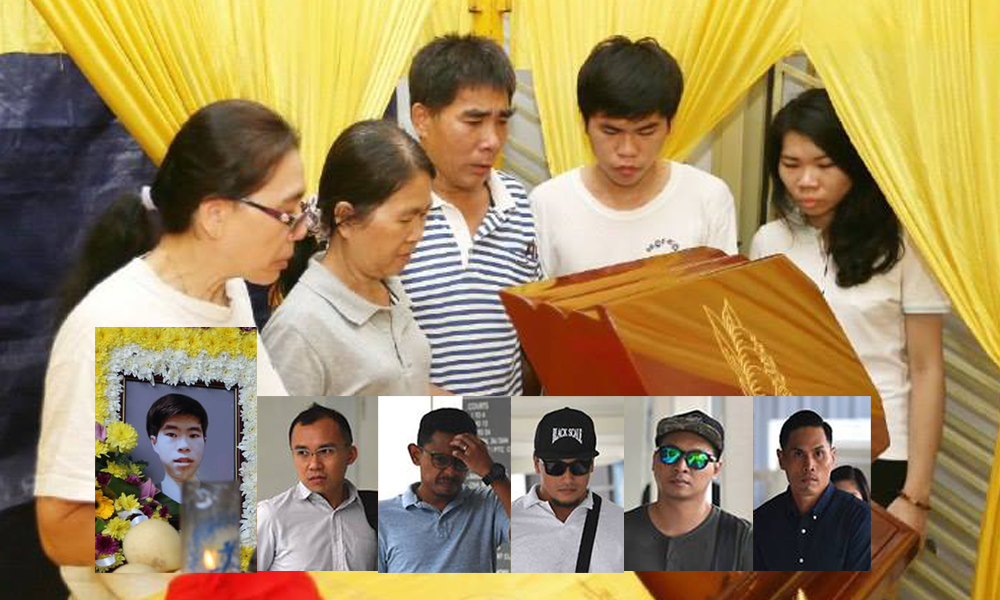 22-year-old CPL Kok Yuen Chin’s SCDF mates through him a celebration that even came with cake, before the rag-the-ORD-boy antics that led to his killing.

This was revealed by the father of CPL Kok, after a review of CCTV footage showing parts of the incident.

“They were really celebrating, they even had a cake. If they are punished, I won’t get my son back. But if they are not punished, it’s also bad for my son.”

The parents, siblings, aunts and girlfriend of the late full-time national serviceman were shown parts of CCTV footage by police showing what transpired on 13 May this year – the day CPL Kok was killed.

CPL Kok’s aunt, Helen Kok said the family had requested to view other segments of the video at the meeting but were rejected.

“Perhaps they just showed us the most important parts. But I think viewing it all will really help us understand it.”

“At the time, you were talking in your sleep. I found it strange because you don’t usually do that. At first, I thought you were talking to me and woke you up to ask what you were trying to say. Instead, you asked me why I wasn’t sleeping yet. I just told you that I couldn’t sleep, and that you should sleep first.”

CPL Kok died after he was pushed into a 12m-deep pump well that was filled with water by his colleagues at Tuas View Fire Station.

Heng recounted how her boyfriend couldn’t swim, and wasn’t keen on learning how to.

“You must have hurt… you were so scared of water. And you didn’t know how to swim. I wanted to teach you last time but you didn’t want to learn.”

Five SCDF officers are facing criminal charges for their role in his death, while another 8 who were present during the incident are facing internal investigations.