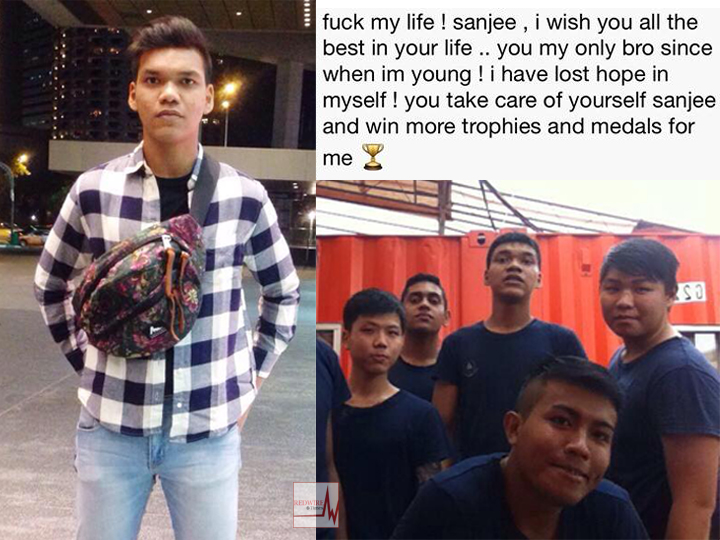 Shek Salmin would have turned 20 in October this year.

But he chose to cut short the road ahead, overwhelmed by family problems, and punishment meted out by his SCDF supervising officer.

Shek is believed to have committed suicide at around 1.30am yesterday (17 Aug).

In a parting text message to a buddy, he talked about how he felt stressed at home and angry at being repeatedly charged by the SCDF, which made him feel useless. 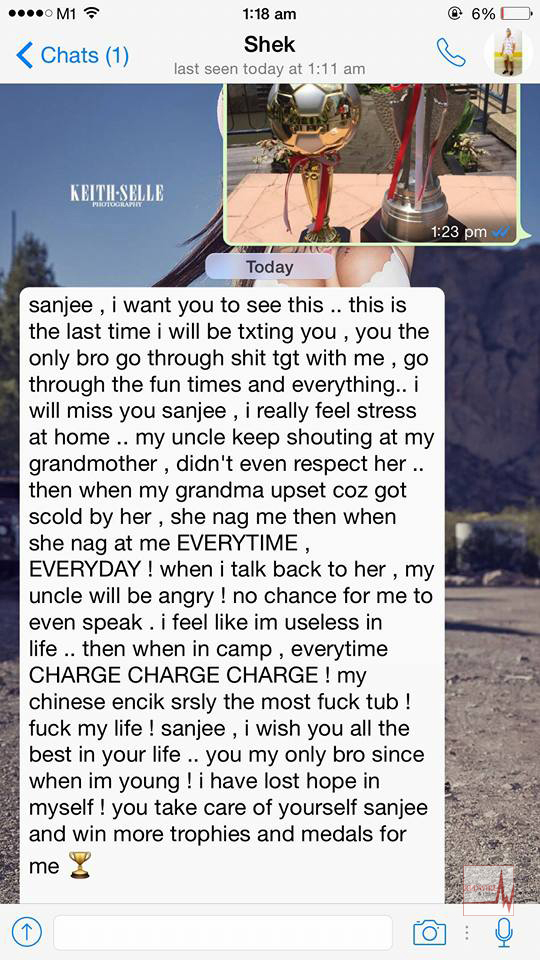 According to SCDF mate TB Karim, Shek was facing charges for not reporting back to camp on time.

This tardiness was supposedly because he had to tend to family issues.

Karim says that Shek had been sent to detention barracks as punishment before, and ended his life hours before he was due to face more charges.

“This is my best friend Shek Salmin whom passed away today coz of my ENCIK SSG TAN TECK BENG from 1st Divion SCDF .. He has tried to explain himself to this encik multiple time. he have been going through alot of family issues and this encik delibrately chose not to understand his situation and charged him for coming to camp late. Shek has always told us about how worried he was if anything happens to him and no one would be able to takecare of his grandmother. She is very old and forgetful and also has poor vision. Shek tried to explain to his encik many times that he will not be able to come camp on time due to family issues but the encik always choose to ignore everthing he had to say to explain himself. Encik tan proceeded to charge him which led him to Detension Barracks ( DB ) for four days just for being late to camp for 2 hours .. The encik wasn’t willing to listen to his explanation and straight away chareged him. A week or two after he was released from db, he was late for camp again and this very encik still choose to not let him explain himself and charged him again. Shek was supposed to get charged today 17 August 2015. He committed sucide today morning at around 1am. Is this what they mean by if you have any issues you can talk to them and they will definitely try to Help you cause everyone is equal? What is this suppose to mean? Is everyone gonna see and let this issue slip away like that? If you have read this post till here i thank you for your time. It only takes another second to share this post. Also remember that in the future people from your family are going to serve the nation soon. Dont let this happen to anyonethem. My condolences to my dear friend’s family. Below is the last converstion between Shek Salmin and his friend before commited sucide.”

An hour before his death, Shek shared his sadness over the in-camp punishments and a wrecked family life in a series of Facebook posts.

He said that he felt like a burden to his superiors in the SCDF, and that his only joy in life was playing football. 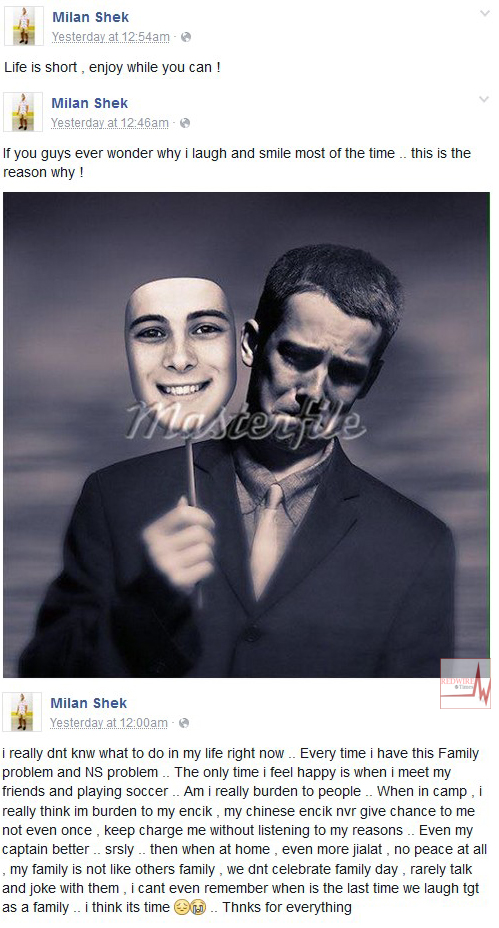 Other friends of Shek have expressed their grief at his death, though they weren’t sure why he would take his own life.

He apparently only confided in close friends about the pressures which tipped him over the edge. 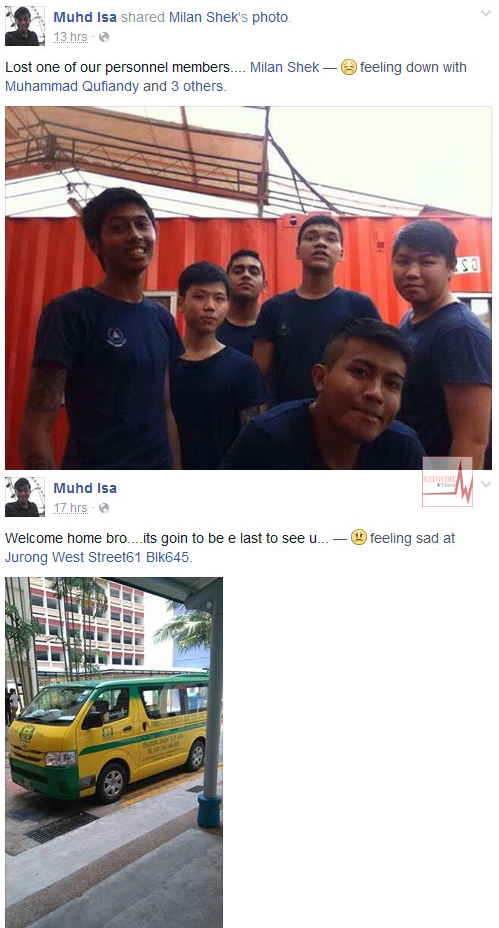 As recent as May this year, Singapore saw the death of another national serviceman, which is largely suspected to be a case of suicide.

A 20-year-old police national serviceman was found dead inside a locked security post in the Tanglin area with a gunshot wound to his head.

He is believed to have drawn his service revolver from the armoury during his night shift, proceeded to his duty point, and shot himself.