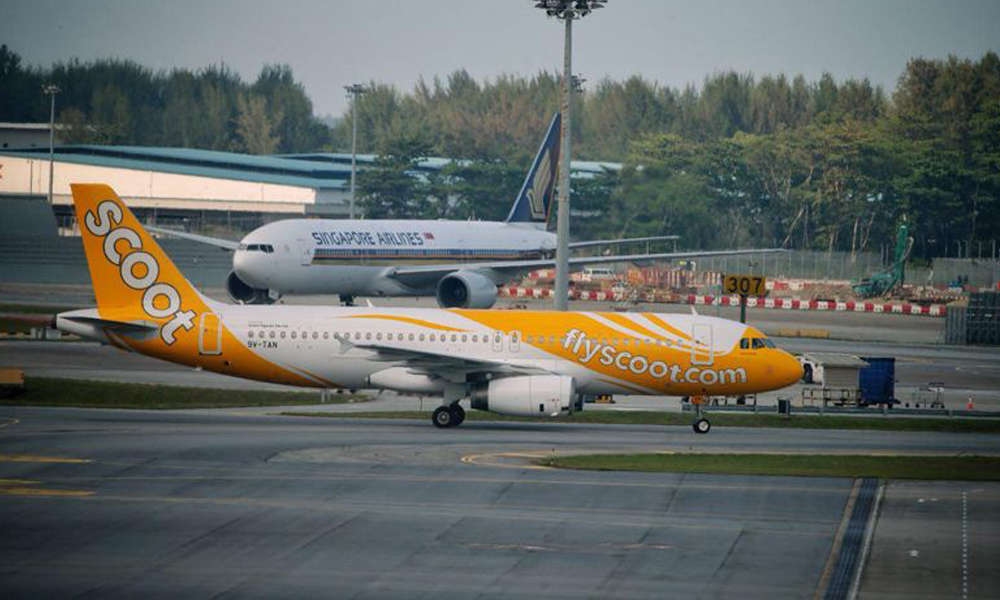 A man who was believed to be carrying a bomb in his hand luggage did not have his bag checked, and wasn’t ejected from a Scoot plane while it was still grounded.

Instead, it was only after the plane carrying 179 passengers took off and the pilot was alerted to the situation that a May Day call was made mid-flight and the plane was re-directed back to Changi Airport.

The man, 41-year-old Singaporean Hsu Chun Meng turned out to be joking because he wasn’t happy with the attitude of a Scoot air stewardess.

He was convicted in court today of breaching the Protection from Harassment Act by using threatening words to cause alarm and was fined S$4500.

The incident took place on 5 Apr this year.

Hsu and his 3 friends boarded the plane for Scoot flight TR634 at Changi Airport Terminal 2.

Hsu had one hand-carry luggage which he placed in the overhead compartment above his seat, but the compartment could not shut as the bag was too big.

23-year-old Scoot stewardess Boo Joe We approached Hsu and told him that his luggage needed to be checked in as it was too big.

Hsu continued to try squeezing the bag into the compartment, and when asked by Boo if his luggage contained any items he needed or any prohibited items, Hsu replied:

Ms Boo stared at Hsu, who then said:

Boo felt alarmed, but accepted that Hsu was joking.

She then went about her duties, and later reported the matter to the cabin crew manager, Ginny Chiong.

Chiong told Boo that such an incident “cannot be treated as a joke”.

She wanted to inform the captain immediately but could not enter the cockpit as the plane was about to take off.

It was only after the plane had taken flight that Chiong was able to enter the cockpit and inform the captain about the matter.

The captain then put out a Mayday call and headed back to Singapore, where RSAF fighter jets escorted the plane.

The plane landed at about 3.20pm at a remote bay away from the main terminal of Changi Airport.

All passengers were then made to disembark for security checks.

Hsu and his friends’ luggage bags were located and removed for specific security checks.

As a result, the flight was delayed for 4 hours and 48 minutes

Affected passengers were given vouchers.