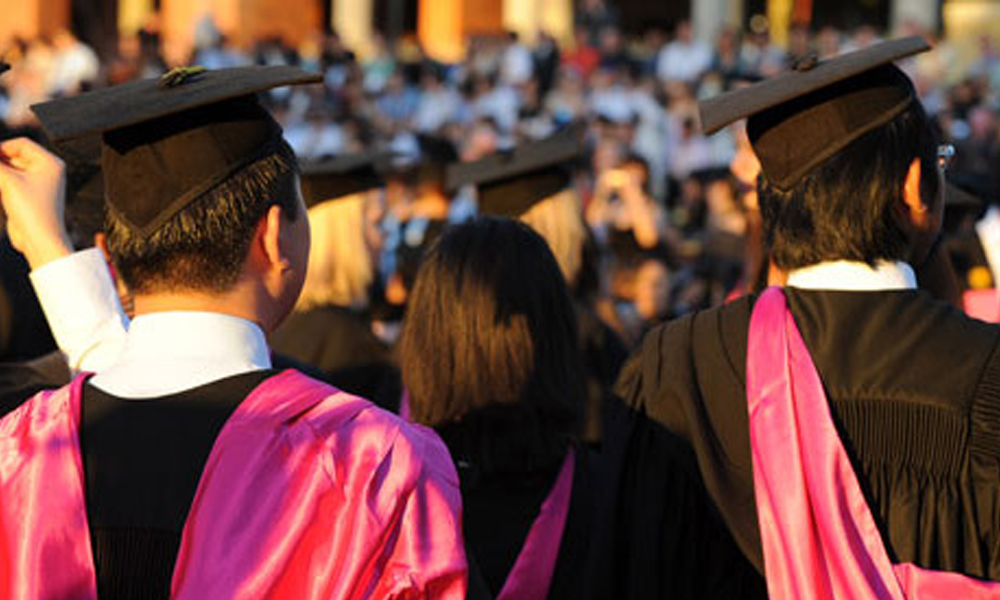 CHEE SOON: JUAN: Long ago and far away there lived a people who talked about attaining life’s 5Cs: cash, condo, car, country club, and credit card. Actually, it was just a couple of decades ago and the place was right here on this island. In a matter of years, the fairy-tale went poof! and dreams of the high-life evaporated faster than you can say “sibeh jialat”.

Let me relate to you a story regarding this matter. The year was 1991. I was still teaching at the NUS when I received a call from Chung Khiaw Bank (which was later absorbed by UOB).

“I’ll give you one hundred percent,” the bank manager told me over the phone as he offered me a housing loan, “Come in and we’ll talk about it.”

So what’s the catch, I asked when we met. He assured me that there was none and explained that being a university lecturer made me a “good risk”, and he was willing to offer me a loan for the full amount if I decided to buy a house.

Financially armed, I went house-scouting with my mum (Mei was still finishing up her PhD in the US and we weren’t married yet). I eventually settled on a double-storey terrace house near Jalan Pemimpin – 4 bedrooms, three bathrooms, and a spacious backyard.

Within months when everything was transacted (as opposed to the 4/5-year wait now for a BTO), I found myself owning a house – on my single salary. I figured that when my wife joined me, her income would allow us room to live more than comfortably.

Soon after I purchased the house, property prices started to escalate and never looked back. I just about caught the tail-end of an era when younger people – I was 29 years-old then – could still buy some real estate and start a family without hocking your entire future to the bank.

Welcome to New Singapore, my younger compatriots. You’ve arrived in an era where you see the opportunity of owning a house slip inexorably away.

As if this isn’t troubling enough, HDB, according to its wordsmiths, “began to adjust the sizes of its flats downwards.” Space is at a premium in new BTO flats – put a bed in the room and you’re left with tippy-toe space. Your flat gets smaller as the price gets bigger, not bad as far as money-making ploys go.

It gets worse. Whereas the earlier generations who bought their flats at sane prices and can monetise their property if they downgrade their living arrangements, chances of you doing the same are between zero and are-you-kidding.

If you think HDB prices are going to rise in perpetuity just waiting for you to cash in, then there’s a government minister waiting to sell you a certain asset enhancement policy.

And while housing prices have soared, your wages haven’t. It is, of course, superfluous to point this out because you already know it (71 percent of you say that property prices here are unaffordable). You look at your payslips, compare them with the prices of flats and your eyes involuntarily roll back in disbelief.

Nevertheless, it is important to refute that irritating minister who keeps repeating the drivel that HDB flats are affordable. Here are the facts. When you take the ratio of the median house price by the median annual household income, as the international think tank Demograghia did, you end up with a number called the median multiple.

Singapore’s median multiple is 4.8 as of 2017, a number that indicates that housing on this island is in the “seriously unaffordable” category (a multiple of 3 and below is considered affordable). This compares unfavourably to the United States (3.8), Japan (4.2) and Canada (4.3).

And let’s not forget: Demographia compares the prices of private housing in the survey, which means to say that public – and “subdised” – housing in Singapore costs more than private – and profit-driven – housing in other countries. The PAP must think we’re idiots.

One more thing. Before you get to buy a flat, you must first get married. But getting hitched is also an expensive proposition nowadays. The cost of wedding banquets have increased 50 percent since 2011, causing many newly betrothed to take loans to finance your matrimonial dreams. Wedding packages will easily set you back about $35,000, and this is if you opt for the cheaper options.

All this assumes, of course, that you have an income in the first place. In 2017, one in five fresh NUS, NTU and SMU graduates could not find full-time employment even six months after graduation. This figure has been slipping and sliding since 2012.

The statistic gets even sorrier if you’re from a private university. For these graduate, the full-time employment rate was only 47.4 percent in 2017. That’s a mini-avalanche from the 60.1 percent in 2016.

Everywhere you look, the picture gets dimmer. Last year, the number of polytechnic graduates finding employment was the lowest in more than a decade.

And when you actually find a job, chances are that you’re are over-qualified for it which is really just a nicer way of saying that you’re underemployed and, therefore, underpaid for your skills.

A recent study revealed “worrying statistics of seriously underemployed Singaporean graduates”, degree-holders who earn less than $2,000 a month – like driving a Grab car or serving tables at a restaurant – leading some to coin the term ‘graduate poor’.

This dismal situation is exacerbated by businesses in Singapore discriminating against us and ours. Yes, this is actually a thing. Companies, aided and abetted by ill-considered government policies, prefer to recruit workers from overseas.

It’s no wonder that our millennials feel that they are among the world’s gloomiest when they ponder their future and career prospects.

A kick in the teeth

Students are often in debt even before you don your cap and gown. With university fees on the upward march – costs rose by an average of 38 percent since 2007 – many of you take loans to finance your studies.

Such as it is, it hasn’t stopped the government from increasing fees this year with some course-fees going up by as much as $1,000. This is despite these institutions enjoying huge financial reserves: NTU and NUS have endowments of more than $3 billion each.

Here’s a not-so-fun fact. While you are laden with education costs, the majority of your counterparts from overseas universities enjoy generous tuition grants, courtesy of our government.

And as one last kick in the teeth, the PAP now decides to discourage our youth from pursuing a university education (“You own a degree, but so what? You can’t eat it,” was how Minister Khaw Boon Wan put it) even as it opens the doors for foreign students who make up about 20 percent of our student population. There are calls to increase the number.

We have been repeatedly called upon to forsake our freedom and rights (powers framed by our rulers as Western and decade) in exchange for economic progress – a call I have always rejected because, one, political rights are neither Western nor decadent, they are universal; and, two, it is precisely our lack of rights that we find ourselves unable to course-correct even as we are dragged down the wrong path.

We have lost that one most important ability to bring about change at a time when progress stalls and opportunity fades. We have given up our precious rights in return for empty promises.

As inequality deepens with each passing year, as life for the middle-class hardens with each tax hike, and as our value as citizens cheapens with each import of yet another foreign worker, the meaninglessness of being a Singaporean intensifies.

This ambivalence becomes even more desolate when young people like Dave Lee, Dominic Lee and others die under conscription. I have heard many servicemen ask in disillusionment: Who and what are we defending?

So what does the future hold for you?

The government’s statement at the opening of Parliament this week (read out by President Halimah Yacob) called on itself to “fire up” our youth who “dream of a bright future and pour their energies into exploring fresh horizons and building a better world.”

These are words. Stiff and soulless words. Words that check all the right boxes but, ultimately, words that tumble out from the mouth, not poured forth from the heart.

How do I know? Here’s what Mr Lee said in 2004 when he was on his way to the prime ministership: “Looking ahead, one important task of the government will be to promote further civic participation, and continue to progressively widen the limits of openness…The younger generation would like more ‘space’ and a culture which encourages them to express themselves freely, make mistakes, voice diverse views and experiment.”

Since then, he’s prosecuted and sued young Singaporeans who’ve protested against his administration and policies. He appointed his personal lawyer as Attorney-General who then charged his nephew with contempt of court following a vicious altercation with his siblings. Police have been given sharper teeth to bite down even harder on dissent. He’s closed down websites, reserved a presidential election, banned political films and videos, and now proposes to clamp down on “fake news”.

As I said, words.

No, we don’t need more barren rhetoric. We need action – democratic action. We need to take charge of our country and, having been bullied by our servants all this time, be the boss again.

At the risk of sounding trite, let me remind you that democracy, accountability, political rights are not the panacea for the problems that beset you and your generation. But neither are they mere words. They are tools that enable you to clear a path for yourselves, that empower you to find meaning and happiness as citizens of this country.

Like your counterparts in the Sunflower movement in Taiwan, the Yellow Umbrella movement in Hong Kong, the Berniecrats in the United States, the Parkland students in Florida and, yes, our very own student leaders in the 1960s and 70s, young people have always been at the heart and front of change.

But change is one of those funny things: the more you wait for it, the more it refuses to come. Like other youths in the world, you have to make change happen. You have to make your own opportunity and find your own fulfillment. For that, you have to dare and dare mightily.