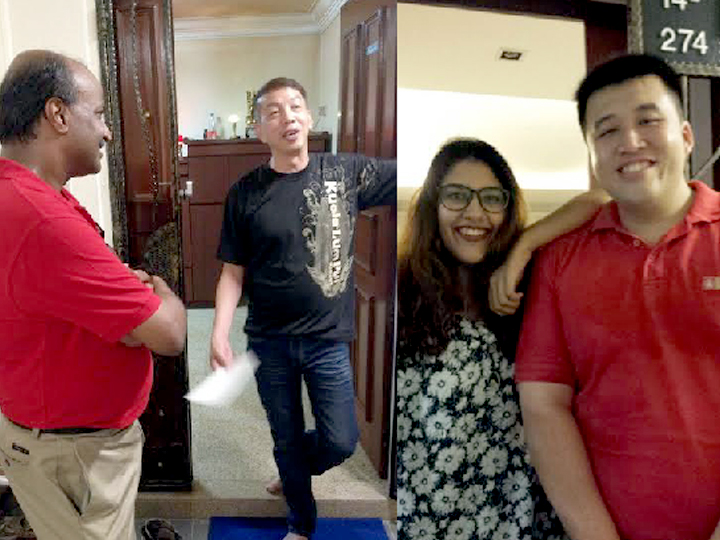 The Singapore Democratic Party says that despite some saying that the PAP’s popularity will be boosted following the death of Singapore’s first Prime Minister Lee Kuan Yew, that didn’t seem to be the case when SDP members went on a visit to Ghim Moh estate.

The party added that people living in Ghim Moh are frustrated by government policies which “make life difficult for them”.

The SDP had contested in Holland-Bukit Timah GRC in the 2011 Singapore General Elections.

This is the SDP’s full story on their visit to Ghim Moh last week:

If there has been a swing in sentiment towards the PAP following the passing away of Mr Lee Kuan Yew, as some observers say there is, we didn’t see it when we visited Ghim Moh estate last week.

Residents there showed us the usual warm reception – and the frustration towards the PAP policies that make life so difficult for them – as they always have. One resident openly said that she wanted to see more opposition in parliament.

Professor Paul Tambyah was there to lend a listening ear. A young couple said they were concerned about HDB prices. This is not surprising as a large majority of Singaporeans feel that flats are still too expensive.

(Read the SDP’s proposal on how flats can be made affordable here.)

Another issue that residents continue to raise is the retention of CPF savings. To this, Prof Tambyah explained to one household in Mandarin: “Some Singaporeans do not have enough CPF to retire, so they even have work till 80 years old.”

The SDP wants the Minimum Sum Scheme to be abolished as withholding retirees’ hard-earned savings ws not only unfair but also immoral.

It seems that Singaporeans are a discerning people. While they remember Mr Lee’s role in the development of Singapore, they are also aware that it is the younger generation of ministers and their policies that are making life very stressful and difficult for them.

The public seems to understand that at the next GE they will be voting for their future, not their past.

The next elections is crucial and the SDP is working hard to be your voice in Parliament. We need your active support. You can do this by signing up as a volunteer (here) or making a donation (here) or buying a copy of Teacher, Thinker, Rebel, Why? Portraits of Chee Soon Juan (here).

Whatever it is, do something. Remaining passive at this critical juncture is not an option.