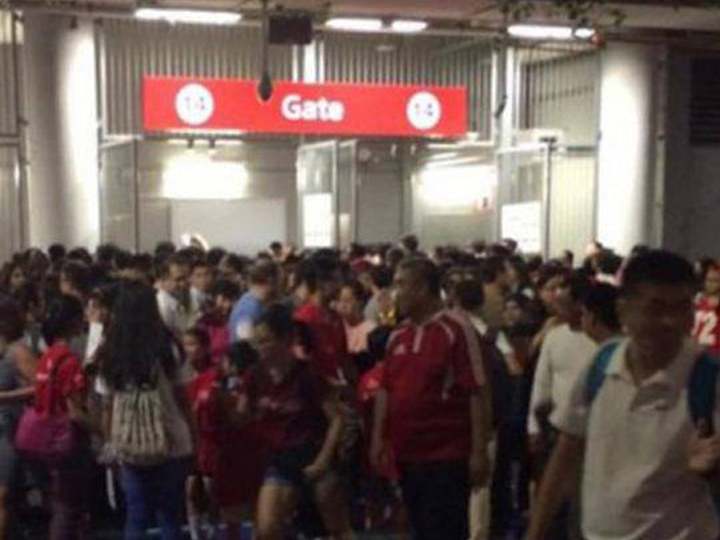 So… “volunteers” were to blame for the SEA Games closing ceremony shut out?

While apologising for the fiasco of ticket-holders not being to gain entry to watch the event, organisers explained that they gave out free invites because of the poor attendance at the SEA Games opening ceremony.

The Singapore Southeast Asian Games Organising Committee says it had invited Team Nila volunteers and voluntary welfare organisations to watch the closing ceremony because  based on the experience at the opening ceremony, “30 per cent of ticket holders were ‘no shows’”.

SINGSOC has not revealed the number of volunteers and VWO members invited to watch the closing ceremony.

However, its spokesman, Toh Boon Yi, added that “after accounting for these complimentary tickets, there were still sufficient seats in the stadium for all those who went for the event.”

The incident last week left many enraged, and questioning the planning of the event.

Many say they were shuffled from gate to gate, only to be turned away totally after several hours of waiting because the “stadium was full”.