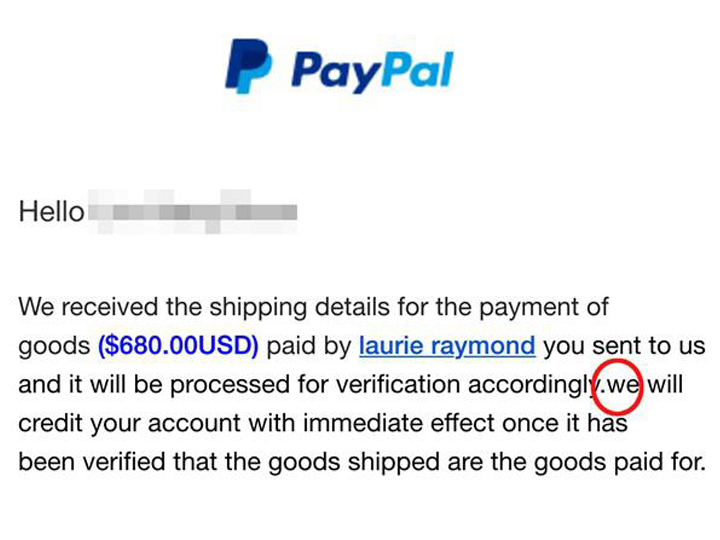 Online shopping has gained popularity in recent years, but so too has online fraud.

One man who sold his iPad Air online discovered this the hard way.

He was to receive payment for the device through online payment portal, Paypal.

Days later, when he received an “email” from Paypal stating that US$680 (S$920) had been transferred to his account, he posted the tablet to the buyer.

However, three days after posting the items, Mr Lin discovered that no funds had been transferred from the seller to his Paypal account.

Only upon closer inspection of the email did he realised he had been duped.

Police say such scams involving fake Paypal emails are on the rise.

Sellers have been advised to check that they have received payment in their Paypal accounts before posting any traded items.

There were a total of 122 Paypal scams last year, an increase of 12 from 2013, though there’s no data detailing the number of fake Paypal email scams.