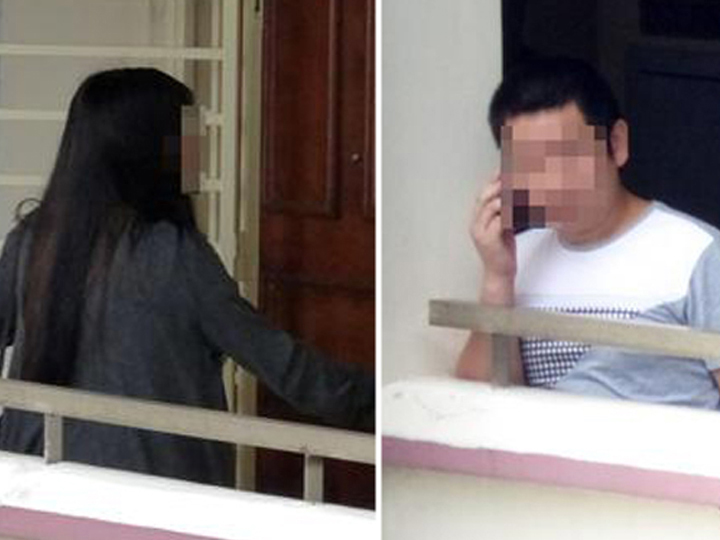 Neighbours had complained of obscene noises coming from this flat along Canberra Road in Sembawang at night.

So participants simply switched to carrying out their vice activities during the day, during lunchtime.

Reporters from Singapore’s Chinese news publication, Lianhe Wanbao, did a check on the unit, and discovered some shady business going on.

They observed the place from a distance in the afternoon. Its windows were shut and the scene was exactly like what some neighbours had described.

Three men were seen approaching the unit during the four hours that reporters were there. Instead of knocking on the door to get in, they made a phone call.

Reporters noticed that each time a call ended, the wooden door of the unit would open

immediately and the men would enter. They stayed in the flat from between 45 minutes to one hour.

The reporters say these men consisted of white-collar workers. They are believed to have made use of their lunch hour to visit the unit.

To test out the ‘not knocking’ theory, reporters approached the unit and knocked on its doors.

There was not a sound and no one opened up even though people were obviously inside.

Shortly after the reporters left, a man said to have been acting as a ‘lookout’ came upstairs. The door opened even though he did not knock. He left after a short conversation with someone in the flat.

Got a story to share?
Send it to mail@redwiretimes.com!