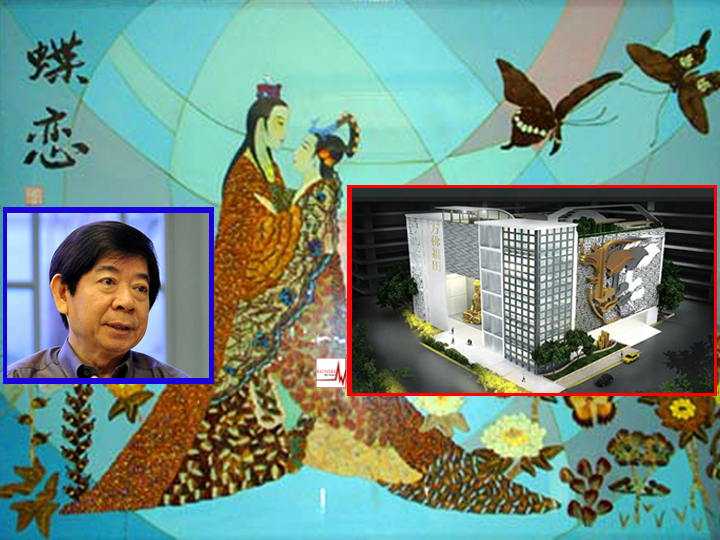 “A very popular Chinese opera: Butterfly Lovers, Liang Zhu. It described a period in old China when girls, unfortunately, no matter how talented are not allowed to join schools. So there was this young, beautiful, talented young lady, Zhu Ying Tai, who wanted to study. So she disguised herself as a boy and succeeded in attending the school for two years. And nobody knew, because people just assume that girls won’t turn up. And because they made that assumption, only to discover it later. So on hindsight “why didn’t you know?” So they thought this one looks a bit girlish but turns out to be a butterf… to be a girl. So it’s a similar situation here that the officers assessing the tender just assume that it must be a company affiliated to some religious organisation.”

But here’s how businesses function, in a nutshell. Just in case some nuts in parliament don’t get it.

Businesses are profit-seeking entities. That simply means that they are looking to grab as much money as possible to pay off shareholders, and reinvest in the business so it can earn even more money.

That’s a tidy sum, and as a private company dealing in funeral services, surely it wouldn’t be looking at this a charitable million-dollar investment.

Now that Khaw says that there will not be any “commercial columbarium” developed, where does that leave Eternal Pure Land? Or its parent company Life Corp?

“I Didn’t Know” Won’t Cut It in Business

There’s also something called contracts, and we’re still in the dark over the contracts Eternal Pure Land signed with the HDB and URA.

And you can’t use “I didn’t know” as an excuse to break such deals. That’s Khaw did in parliament – attempting to excuse the government agencies by saying the tender for the site was awarded based on the “impression” that it Eternal Pure Land was a vehicle for a religious organisation.

Due diligence Mr Khaw? Isn’t it important to know who you’re doing business with?

And now, Dear Minister says the ministry will ensure the land is restored to the original plan of a Chinese temple, and it is in discussions with Eternal Pure Land on how that can be achieved. He said there won’t be a commercial columbarium, but an incidental columbarium.

Does this mean then, that the whole purpose from the start was to have a commercial columbarium with a temple as a facade?

And now that residents are up in arms, the ministry has bowed to public pressure and re-jig its plans to focus on a proper temple, with a simple columbarium included where most Singaporeans can afford to pay to buy a niche space?

In this case, how’s government going to restructure its original deals with Eternal Pure Land/Life Corporation?

I’d leave it up to the top people from these top agencies to cover their asses. After all, they’re scholars getting paid to get the job done.

What I’m worried about is whether our tax dollars will be used to paper over this whole comedy of errors.

When the dust has settled, Fernvale residents might benefit, literally at the expense of all Singaporeans.