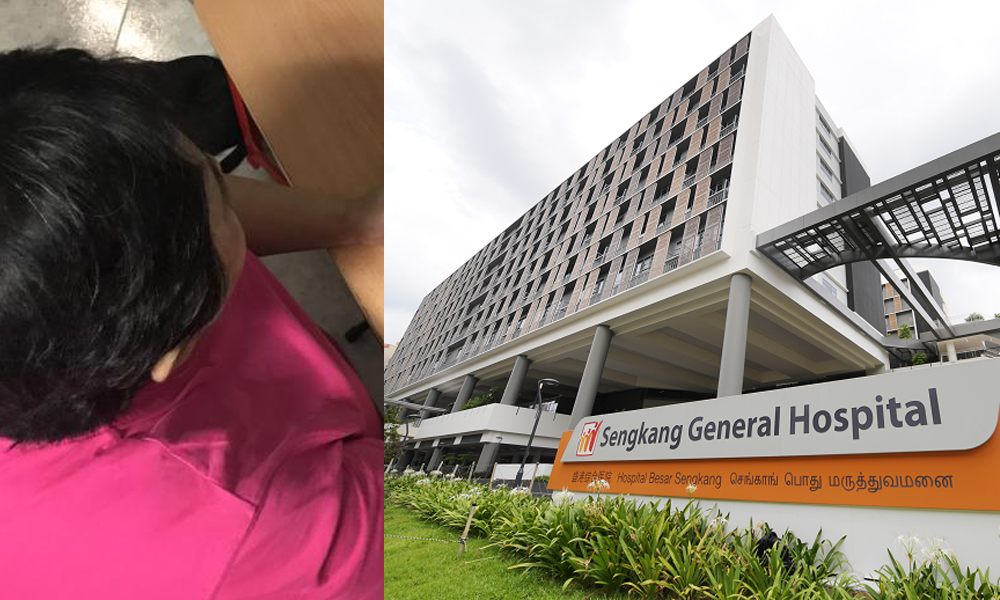 36-year-old Ms Mo said that her elderly mother complained of giddiness on Christmas Eve, and she was sent to SKGH for treatment.

The 67-year-old retiree was diagnosed as having an infection and was warded.

When Ms Mo and her sister visited their mother on Christmas Day, the old lady, who was apparently made to wear diapers, complained that her buttocks were itchy.

“When we removed her trousers to check, we saw that her buttocks was red and swollen. What was more shocking was that there was feces there.”

The nurse on duty was alerted and she helped the old lady wash her buttocks.

That’s when Ms Mo discovered what was causing her mother so much discomfort.

She said after the nurse had washed her mother’s buttocks, she proceeded to re-use the soiled diaper.

“I questioned the nurse and she said that the diaper was ‘not too dirty’.”

Ms Mo then complained to the head nurse, who reportedly was very apologetic over the incident.

However, Ms Mo said that the situation didn’t change.

“My mother stayed there for 2 days and complained that she couldn’t take it, so we switched her to a different hospital.”

SKGH says it is in touch with the family and investigating the matter.