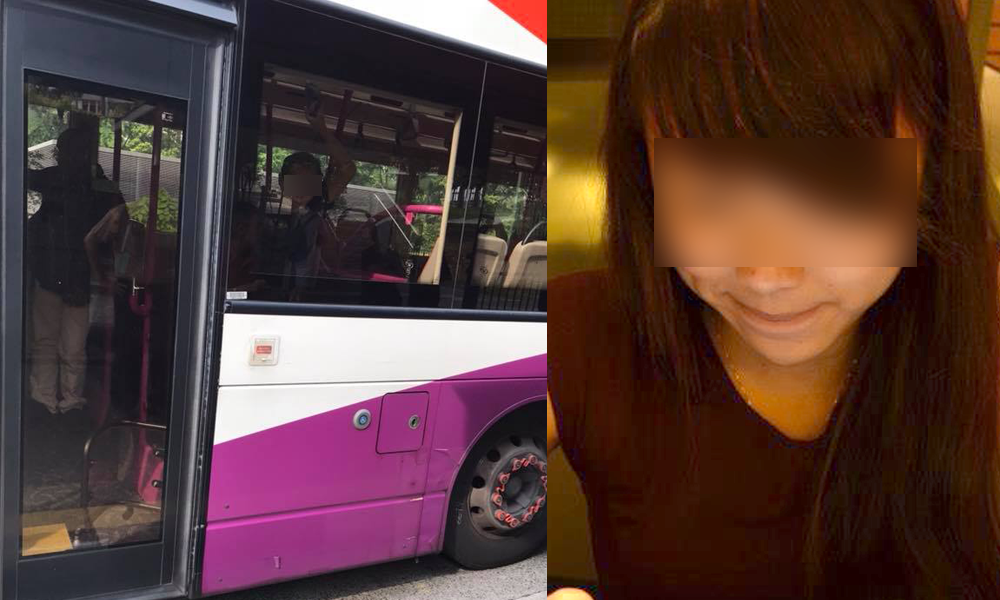 A molester who was reportedly involved in a prior outrage of modesty case, picked the wrong prey when he tried touched this woman.

“Early in the morning, I got molested in the bus by this pervert. Thankfully the bus captain saw what he did also as well. No, do not keep quiet, I shouted at him and asked to report it to the police. Perverts like this should just be kept away and not even given a chance to be outside.”

Louisa said that the molester became frightened, knelt down, and begged the bus driver for mercy:

“He was panicking and asking the driver to open the door. He kneeled down and even said he had another molestation case. So yes if you have a molestation case, don’t you dare to molest more people. Make sure you are jailed for a long, long time with canning.”

But when things didn’t go his way, the pervert turned aggressive:

“This photo was taken when I was outside the bus to stay away from him because he was getting aggressive to get close to me. He was “scolding” me, but the other passengers was scolding him. I am so glad that even as strangers the bus driver and some passengers protected me and asked if I was okay.”

The penalty for outrage of modesty is a jail term of up to 2 years, or a fine, or with caning, or a combination of the abovementioned punishments.

Louisa said that this isn’t the first time she has been molested.

She said she didn’t dare to speak up the last time, but did so this time because “all these perverts deserve to be locked up”.

Last year, there was a 49 percent jump in molest cases on public transport.