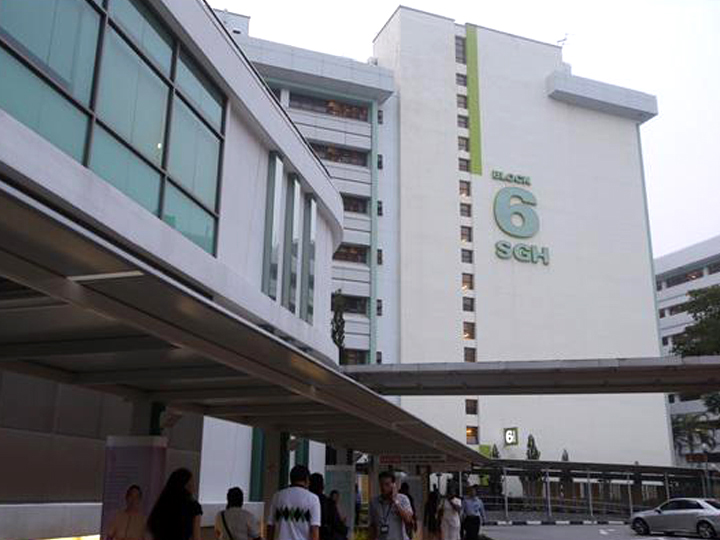 Flustered with rage, a SGH patient has slammed the hospital for only having the decency to tell her that she was staying in an infected ward two days ago.

Ms Zhang, who was warded at the affected Ward 67 in April, says she heard the news after hospital staff called her on the phone to ask her to explain the situation and arrange a blood test.

The first case of infection was detected on 17th April this year.

Ms Zhang, a Hong Kong resident who had come to Singapore to seek treatment for a spinal condition, was warded at Ward 67 between 18th and 22nd April.

‘They never told me I was staying in the ‘infected’ ward until 2 days ago, when I received a call from the hospital explaining what had happened and asking me to come down to do a blood test.”

During her stay, she had received injections, and had blood drawn from her twice.

Ms Zhang has refused to return to SGH.

She wants to have her tests conducted at another hospital, with SGH bearing the cost.

SGH has been widely criticised for hiding the Hepatitis C infection cases, which were first detected in April and only revealed to the public 2 weeks ago.

22 patients were infected with Hepatitis C, which the hospital believes was transmitted due to multi-dosing – when a vial of medicine is shared between patients.

Of the 22 patients, 8 have died – with 4 deaths related to Hepatitis C.

The current tests are part of the hospital’s measures to screen affected some 1100 patients and staff for a possible infection, after the outbreak of Hepatitis C infections.

As of 10th October, 244 out of 678 affected patients have completed blood tests.

223 out of 284 affected hospital staff have completed blood tests.