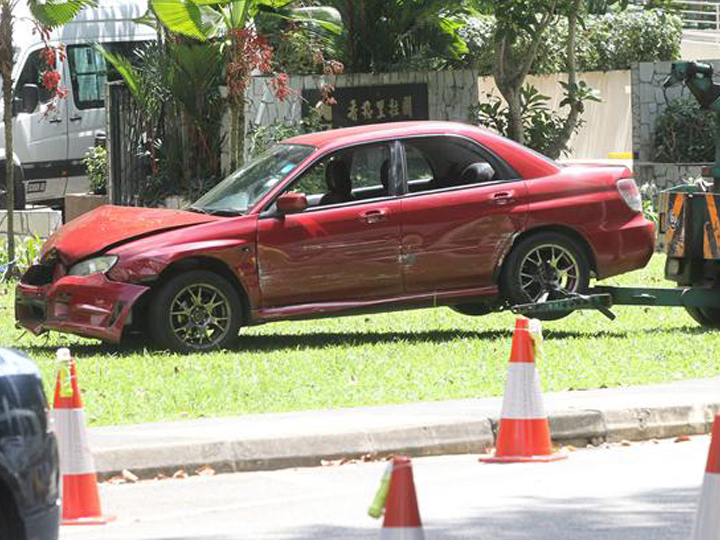 Two passengers in the car that crashed through a police roadblock near Shangri-La Hotel in the wee hours of Sunday have been charged with drug trafficking.

Mohamed Ismail, 31, and Muhammad Syahid Mohamed Yasin, 26, were both charged with possessing three packets of heroin weighing approximately 9g in total, for the purpose of trafficking.

The men were arrested after the driver of the red Subaru Impreza they were in made a run for it when police asked to check the car boot.

The driver of the car, Mohamed Taufik Zahar, 34, crash the vehicle through police barricades in an attempt to flee.

He was shot dead by police.

The car had a single bullet hole in the front windscreen.

It came to a stop on a grass patch barely 250m from the hotel entrance.

Mohamed Taufik was found to be wanted by police for failing to attend court for an offence of criminal intimidation.

He also had previous drug-related offences and criminal records.

Security around Shangri-La hotel has been tight, as the hotel hosts a major security conference for some of the world’s top defence chiefs.