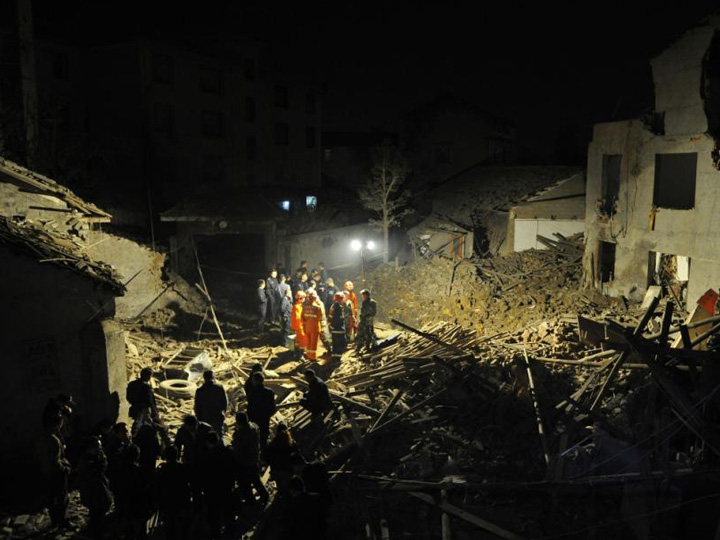 A cesspool filled with excrement has exploded in central China, injuring 15 people and knocking down a building, state-run media reported.

The blast was apparently sparked by a local man burning waste close to the cesspool, igniting methane gas which was emanating from the pit.

The incident in Zhangjiajie city, in the central province of Hunan, caused a residential building to collapse and three of the injured were taken to hospital.

In another excrement-related incident, a man and his mother both died trying to retrieve his wife’s new mobile phone – worth 2,000 yuan (S$425) – from a toilet septic tank.

The man jumped in to try to locate the phone but was overcome by fumes and passed out, according to Dahe, a web portal run by the provincial government in central Henan province.